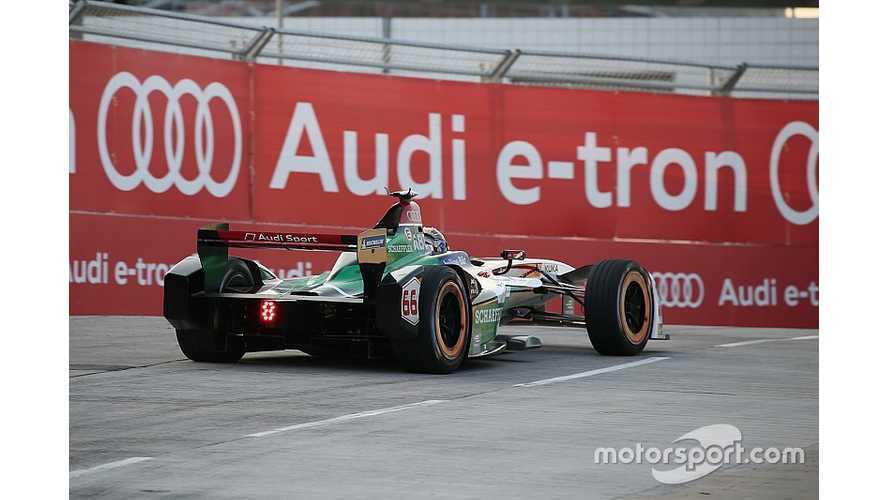 McLaren junior de Vries, who will race for Prema in F2 next season, has been linked with Audi since taking part in the DTM young driver test last season and was its reserve at the series’ Moscow race this year.

The 22-year-old will be partnered by ex-Formula Renault 3.5 frontrunner Muller at the January 14 test, the day after the Marrakech round of the 2017/18 FE season.

“This mid-season test is a unique opportunity,” said Audi Sport Abt FE team principal Allan McNish.  "Nico and Nyck are going to drive our e-tron FE04 for a number of test kilometers which will give them a good initial impression of the car and the things that are special in Formula E.

“Nico already belongs to the Audi family and we’ve been closely watching Nyck’s career in recent years. Both have their roots in single-seater racing and will no doubt manage well.”

Audi is the first team to confirm its drivers for the rookie test.

Formula V8 3.5 champion Pietro Fittipaldi has been linked to the Jaguar team, but has made clear his desire to remain on the Formula 1 ladder next season.

Venturi has remained in contact with 2016/17 part-time driver Tom Dillmann, but as the Frenchman has previously held an e-licence he will not be allowed to drive alongside Venturi development driver Michael Benyahia, the reigning Formula Renault NEC champion.

NIO reserve driver Ma Qing Hua would be an obvious choice for that team but as an ex-racer is excluded from contention, as is former FE driver Robin Frijns.

Eligible drivers who are known to be keen to sample an FE car include Mahindra's Valencia tester Daniel Juncadella and GP2 race winner Jordan King.