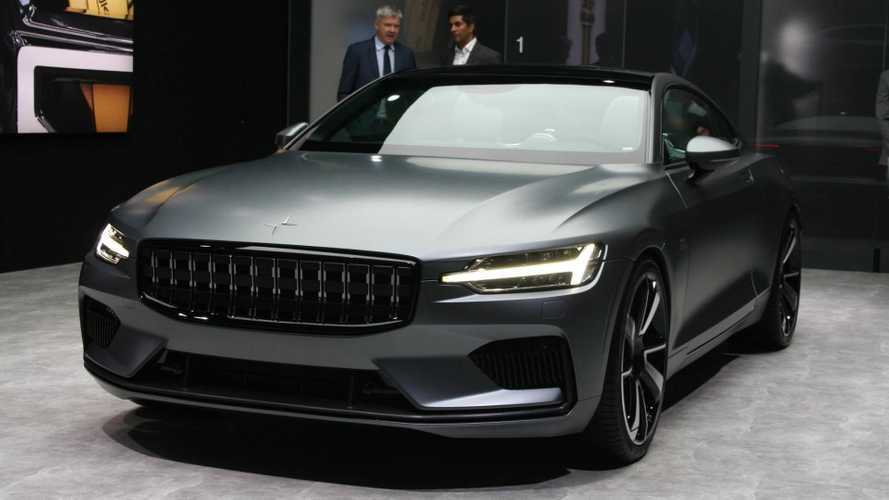 Polestar 1 production will begin in mid-2019, and the company will sell the 600-hp coupe in major markets around the world

Polestar premiered its 1 grand touring coupe in China in late 2017, but the automaker waited until now to show the upcoming model to Europeans at the Geneva Motor Show. Starting March 13, interested buyers in Europe will be able to pay a fully refundable €2,500 deposit to reserve the upcoming model ahead of the production beginning in mid-2019.

"To date, we have received interest from over 6,000 potential customers wanting the Polestar 1 – a number which began gathering momentum from the moment the car was revealed," Thomas Ingenlath, Chief Executive Officer of Polestar, said in the company's announcement. "With our current plans to produce 500 cars per year, it’s possible that we have exceeded our production potential in these early stages."

The Polestar 1 will reportedly carry a price of 130,000 to 150,000 euros ($161,260 to $186,000 at current exchange rates). To keep up with the high demand, the company is considering whether to run two shifts at its new factory in China as a way to boost production. Polestar intends to sell the 1 in major markets around the world, including the United States, China, much of Western Europe, and Scandinavia.

Polestar was formerly Volvo's performance and motorsport division, but it recently spun off to be a separate automaker under Geely's ownership. The 1 uses a modified version of Volvo's SPA platform and has a carbon fiber body to save weight. A plug-in hybrid powertrain produces a potent 600 horsepower (447 kilowatts) and 737 pound-feet (1,000 Newton-meters) of torque. The system would also reportedly be capable of traveling 93 miles (150 kilometers) on electric power.

Buyers will also be able to get their Polestar through a new subscription model in addition to a traditional purchase. Under this model. buyers would pay a monthly fee that would cover the vehicle, insurance, and maintenance.

Polestar, the new electric performance brand, has introduced the Polestar 1 to the public for the first time at the Geneva Motor Show. The European debut follows its global media reveal in Shanghai, China, in late 2017.

“This is the public launch of the new Polestar 1, and our new electric performance brand. Electromobility is the main focus of today’s automotive industry, and Polestar is at the centre of this development, introducing world-class electrified cars and ground-breaking, customer-focussed services and offers,” said Thomas Ingenlath, Chief Executive Officer of Polestar.

“To date, we have received interest from over 6,000 potential customers wanting the Polestar 1 – a number which began gathering momentum from the moment the car was revealed. With our current plans to produce 500 cars per year, it’s possible that we have exceeded our production potential in these early stages. This positive reception to Polestar 1 really encourages us that our ‘Pure, Progressive, Performance’ brand proposition resonates very well with customers.”

Polestar will open pre-orders for the Polestar 1 at 08:00 CET on 13 March 2018 with a request to the list of potential customers to pay a fully-refundable deposit of €2,500. Pre-orders will open in the six initial launch markets announced in January, including China, the United States, Sweden, Germany, Norway and the Netherlands. An additional 12 new markets for Polestar 1 have been added and will open for pre-orders simultaneously, including Switzerland, the UK, Belgium, Finland, France, Poland, Austria, Spain, Italy, Denmark, Portugal and Canada.

“We will open pre-ordering of the Polestar 1 to eighteen markets which covers around 95 per cent of the geographical interest from potential Polestar 1 customers,” continued Thomas Ingenlath. “The deposit acts as a placeholder in the Polestar 1 queue and we are excited to see how the initial response translates into pre-orders.”

The Polestar consumer experience is based on a new subscription model, where customers will be able to subscribe to their Polestar car for two or three years. Linked to a host of connected and on-demand benefits like pick-up and delivery servicing, the no-deposit, all-inclusive subscription model has been designed to take the traditional hassle out of vehicle ownership with one monthly fee that includes sundries like insurance and maintenance, and allows the customer to focus on the enjoyment of driving. Customers will also be able to purchase the Polestar 1 outright if desired.

The Geneva Motor Show also marks the start of a world tour for the Polestar 1. Other regional reveal events are planned in China, the United States and elsewhere in Europe, which will allow customers, potential subscribers and brand fans to see the new Polestar 1 in key markets in the build up to the start of production in mid-2019. Development at the new Polestar Production Centre in Chengdu, China, is progressing with suitable pace. Having broken ground in November 2017, construction is on track for tooling installation and pre-production to begin as planned towards the end of 2018.

“The beautiful new Polestar Production Centre in Chengdu will become our manufacturing hub and the centre of Polestar manufacturing operations,” said Jonathan Goodman, Chief Operations Officer of Polestar. “With its Scandinavian design principles, expertly executed by Snøhetta of Norway, and its roots quite literally set in one of our main markets, the Polestar Production Centre not only serves as the birthplace of all Polestar 1 cars, but also a brand experience facility with a dedicated test track and other client-focused facilities which contribute to the world-class Polestar customer experience.”

The Polestar 1 is an Electric Performance Hybrid 2+2 GT coupé which produces 600 horsepower and 1,000 Nm of torque, as well as 150 km of pure electric driving range – the longest of any hybrid car in the world.