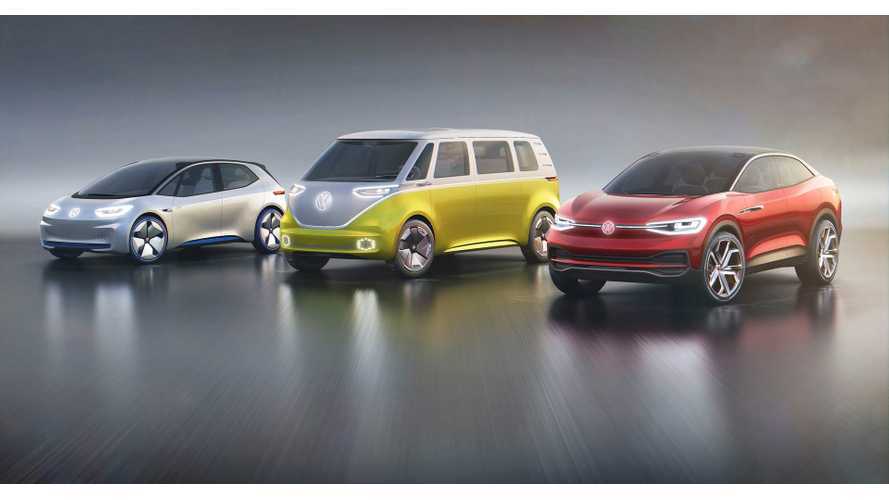 While European automotive companies are publicizing plans to release a multitude of electric cars in the coming years, brand bosses and market analysts have heavy concerns over costs, margins, profit, and jobs.

Daimler and Volkswagen Group have been especially forward with their plans to unleash a slew of electric vehicles into the market, but it seems they're taking their time, and perhaps for good reason due to their concerns and analysts warnings. Now that 2019 and 2020 are around the corner -- years that both companies, among others, are assuring these new models will begin to surface -- CEOs are not hesitating to share their concerns.

If it wasn't for the force of hand coming from more and more countries moving toward zero-emissions legislation, these automakers would likely steer clear of electrification altogether.

France and Britain have announced that they will completely ban gas and diesel vehicles by 2040.   A Chinese minister recently announced that Beijing will eventually follow suit, China itself looks for 10% fleet ZEV credits to be accumulated in 2019.  The Netherlands is done with petrol vehicles in 2030.  In the US, California has been working on laws that will push to make ICE cars a thing of the past.  The EU is about to implement a stringent CO2 standard for cars and vans beginning in 2020 through 2030.

Daimler was the first European automaker to publicly admit that electrification is going to be problematic. The company has said that its upcoming EVs will only be half as profitable as their ICE alternatives and will require outsourcing, which could mean a loss of German jobs. CEO Dieter Zetsche said at the recent auto show in Frankfort:

“In-house production is almost irrelevant to the consumer."

Essentially he's saying that car buyers don't really care where it's made, where the parts come from, or how it gets from the manufacturing facility to their driveway. They just want the vehicle. In order to make this happen, Daimler has plans to save $4.8 billion by 2025. This means cutting corners now to fund electric cars for the future. Bernstein analyst Max Warburton told Reuters:

“Daimler is the first company to state explicitly how much electric vehicles are going to hurt margins. It was brave to go first - but of course it won’t be the last.”

Volkswagen Group in on the same path, however, the automaker is still dealing with the lasting implications of its Dieselgate scandal. If there's any automaker that's compelled to dive headfirst into cleaner, greener cars, VW is the prime candidate. CEO Matthias Mueller admitted:

At this point, VW is investing $60 billion to establish new global supplier contracts specifically related to electric cars. Like Daimler, this means potentially reaching out to suppliers outside of Europe and taking jobs away from people in the automakers' native land.

PSA Group (Peugeot and Citroen) CEO Carlos Tavares has other worries. Aside from the cost associated with moving to electrification, he's worried that the cars won't catch on. He told reporters from German publication, Bild am Sonntag:

“If it doesn’t gain acceptance in the market, then everybody - industry, employees and politicians - has a big problem.”

As we've mentioned before, electric car batteries comprise a substantial amount of the cost of the car as a whole. Over time, as EV market share increases and battery costs come down, the vehicles will reach price parity with ICE cars. However, this is not the only concern related to cars that run on batteries.

Consulting firm, AlixPartners, points out that electric drivetrains require 40 percent less labor to build. The firm estimates this will cost German automakers 112,000 jobs, and this is before factoring in all of the outsourcing that will be necessary.

Germany's Ifo economic institute claims that if ICE cars are phased out by 2030, German automakers will lose 600,000 jobs.

Richard Windsor, an independent automotive analyst warned of the long-term damage that will be imposed on European automakers due to the fact that electric cars last much longer than ICE cars and don't need very much maintenance. He concluded:

“Vehicle makers are queuing up to announce their commitment to electric vehicles but at the same time they may be cheering for their own demise."

In the long run, it won't matter really (at least not to use), the nimble will survive and grow, while the slow and weak will fade away.  Game on!