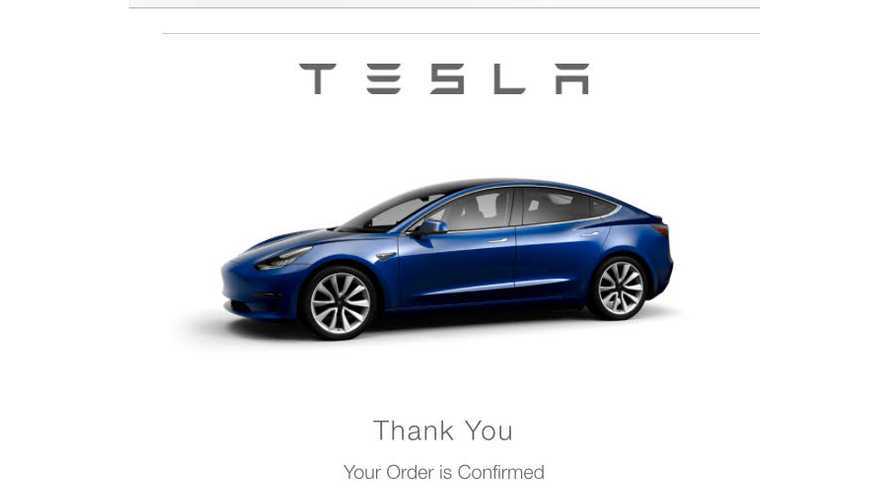 This Chevron economist sees no harm in his possible Tesla Model 3 reservation because he believes the oil industry has no immediate concerns.

Chevron Corporation's Senior Economist Adam Karson all but admitted his Model 3 reservation status during a speech at a recent conference in Houston, Texas. While he may have a personal preference for the new technology, he insists that it's not going to put a dent in his company's lifeline anytime soon.

Karson spoke at a recent conference in Houston, Texas. He reminded that even though electric vehicles are on the rise, and have been for some time now, they only make up around one percent of the entire global vehicle market. Even with accelerated growth, he realizes that EV saturation will take many years. The average lifespan of most vehicles is 10 to 15 years or more. More and more people can begin to buy electric cars, but these ICE vehicles won't simply vaporize (although that would be fantastic).

The Chevron executive says even if every car sold today was electric, the global automotive industry wouldn't be fossil fuel-free until 2035. It will be several years down the road before every single car sold worldwide is electric. However, he admits that, at the rate the industry is growing, there's potential for EVs to hold leading position by 2035. He explained:

“The problem is it just takes a really long time to turn over the global vehicle fleet. I say that not as an EV basher at all. I may or may not be on the waiting list for Tesla 3.”

Karson also said that current global sales sit around one percent. There are several areas where this number is much higher because some countries are going to great lengths to promote EVs and even set targets for future mandates. He mentioned ICE bans put in place by France and the UK, which are set for 2040. According to Bloomberg New Energy Finance, by 2040, 54 percent of all new car sales will be electric, leading to some 530 million EVs on the road by that time.

These numbers are outstanding, but we're still talking about only half of all sales over 20 years from now. It makes some sense that Karson isn't too concerned ... yet. If he's listening to Exxon Mobil's forecast, he may worry even less, as the oil giant expects only about six percent of the global fleet will be electric by 2040.