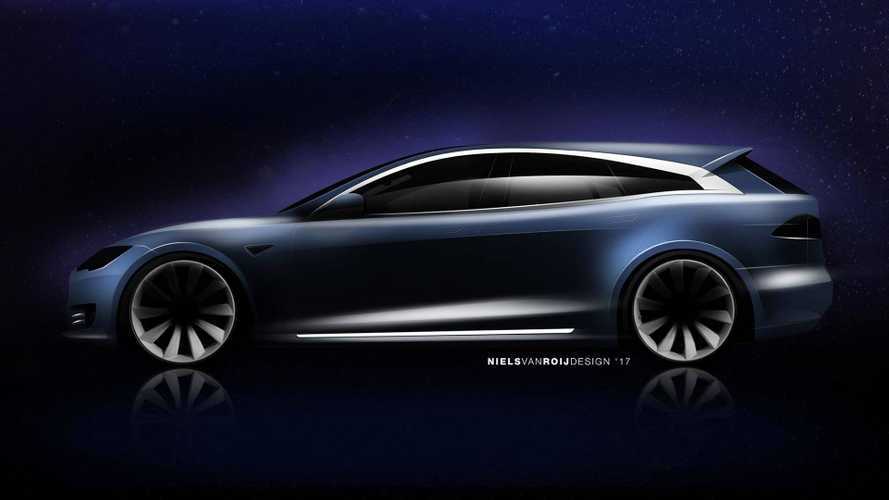 The first of them should hit the road in March, but it's not built by Tesla.

After previously releasing some sketches to tease an effort to convert the Tesla Model S into a shooting brake, Niels van Roij Design now announces a plan to have the station wagon ready by March 2018. The limited run of stylish estates creates a chic alternative for buyers looking for something more exclusive than a Model X.

"The aesthetics of this conversion have been developed thoroughly by producing 3 design propositions, within which 16 different design themes were generated," Van Roij said in the latest release about his company's project.

The Van Roij keeps the Model S' front end, but the company thoroughly alters the rear. While a shooting brake generally has two doors, this project retains the Tesla's four-door layout. A new, flowing roof extends back to a raked hatchback. A thick pillar anchors the design at the back. In profile the conversion looks nice enough, but the rendering from the rear three-quarters is the real highlight. Flared fenders give Model S a muscular appearance that hint at the vehicle's impressive performance.

While Van Roij handles the Shooting Brake's design, the actual coach building duties fall on the Dutch firm RemetzCar. The company intends to build a limited run of 20 examples of the new wagon, and buyers can specify the interior appointments to their personal preferences. RemetzCar is quite familiar with modifying the Tesla Model S after previously converting the EV into a hearse for a greener ride to the grave.

Van Roij isn't alone in imagining the Model S as a wagon. For example, a team of former Lotus, McLaren, and Jaguar engineers are working on a similar project in the United Kingdom. In addition, other designers have created renderings of other possible looks for the estate.