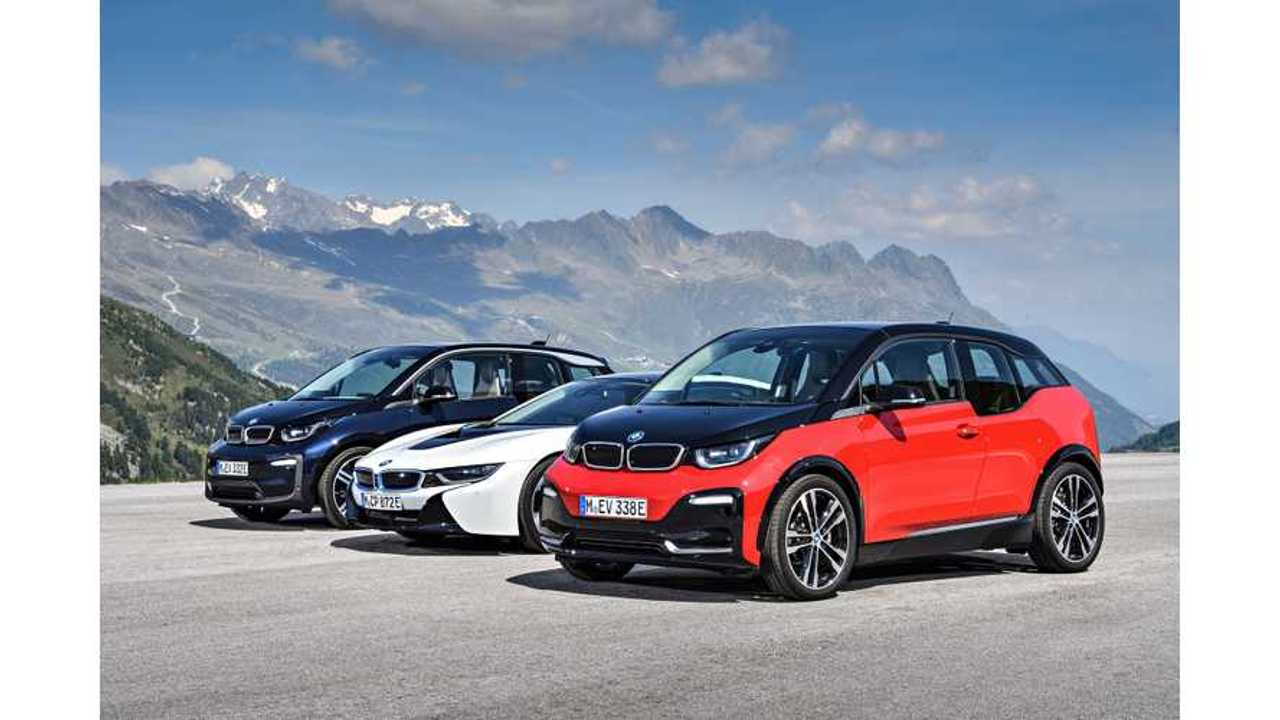 BMW Group has set a new monthly sales record for plug-in electric vehicles in November at 11,710 deliveries, which is almost one thousand more than its previous record set in September.

The growth year-over-year now stands at 63.5%. Moreover, the share of plug-ins to total sales hit a new high of 5.3%!

With such great progress, YTD sales have hit 89,806 and with one month to go there should be no problem for BMW to reach its goal of 100,000 plug-in electric vehicles sales worldwide in 2017, and 200,000 cumulatively.

It'srefreshing to see an automaker to both go out on a limb with an aggressive short-term target...but also to hit it.

Dr. Ian Robertson, Member of the Board of Management of BMW AG, responsible for Sales and Brand BMW said:

“With our strong premium brands, BMW, MINI and Rolls-Royce, the BMW Group covers all segments and is the world’s leading manufacturer of premium vehicles. Strong demand for our new BMW 5 Series shows just how popular this new model is with customers around the globe. We also sold more electrified vehicles in November – 11,710 – than ever before in a single month. We are now looking forward to celebrating delivery of our 100,000th electrified vehicle before the end of the year,” Robertson added.