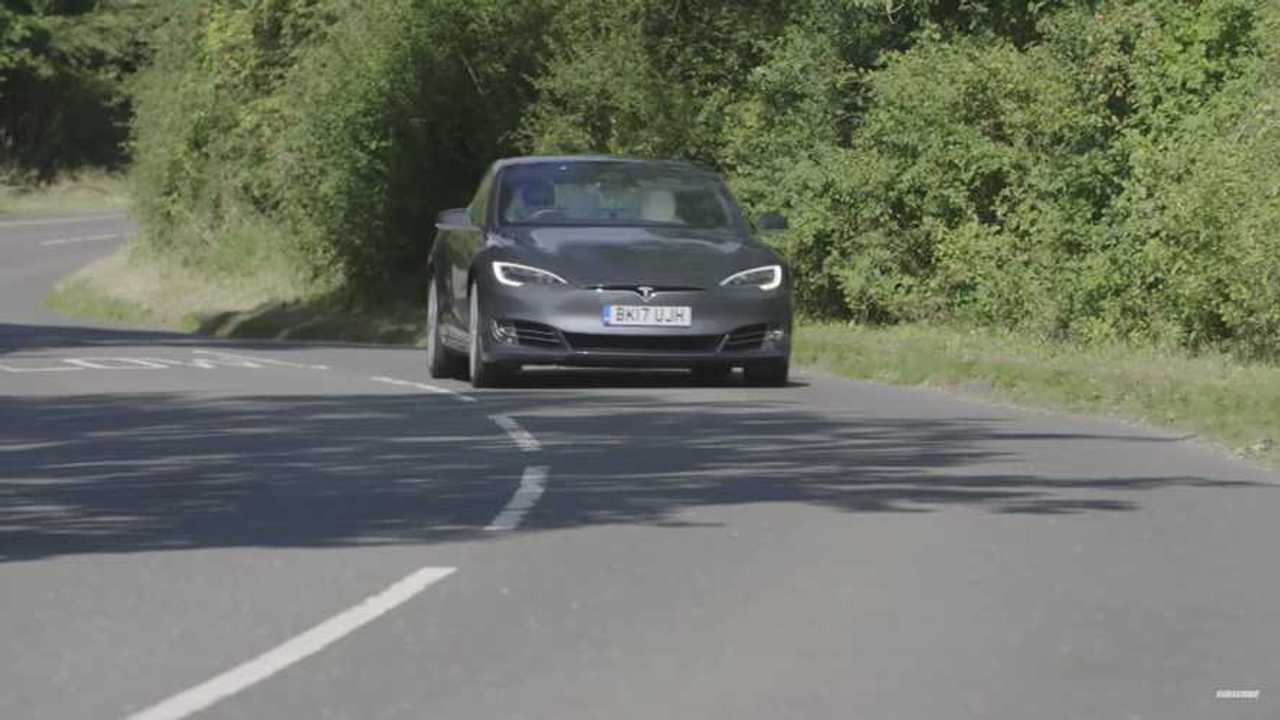 The first time a Tesla was featured on the British TV show Top Gear, it resulted in a lawsuit, which was eventually dismissed, That was back when the show was helmed by Jeremy Clarkson and the California company was a struggling startup automaker. Now, Clarkson and company have a new gig and Top Gear has more evenhanded presenters, one of which possesses legit fast driving bonafides. For its part, Tesla is still struggling. Struggling to build cars fast enough to fill close to half a million outstanding orders, that is.

In the video above Chris Harris, possessor of those aforementioned bonafides, takes on the one-trick pony trope that the Model S is often saddled with. That is, it can only go quickly in a straight line. Before taking the Tesla to the twisties, though, Harris tries out that trick on a properly long piece of runway in Bruntingthorpe, lined up against the iconic Porsche 911R. As expected, the twin electric motors triumph over the 4.0 liter flat-six in a race from a standstill to 100 miles per hour. And then again to 150 mph. Here, though, is where Harris gets an upperhand. Switching to the German car, the last contest is rerun, with the Porsche taking first-to-150-mph honors.

But enough of that. Despite being pretty good at it, the Tesla wasn't engineered to outrace exotics to its 155 mph top speed. It's meant to be a road car, and so, Harris goes on to try the Model S down some very non-straight asphalt. He weighs in on all the aspects you'd expect from a skilled driver — steering wheel feel, braking, cabin noise.

Finally, after a bite to eat and some Supercharging, Harris gets down to the business of unwinding the car on a winding road. While we encourage you to watch the entire tape yourself, we will say that he admits the Model S "...is not a shambles," though, it doesn't exactly "light his fuse." Considering all the positive things he has to say about pretty much every facet of the experience, we'd say that's a solid win.