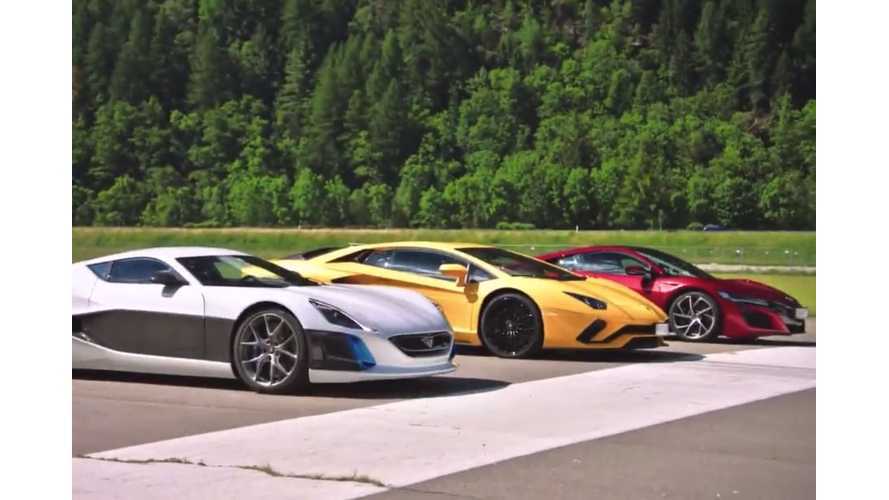 You have plans this weekend? If they interfere with catching the first episode of the Grand Tour's second season, in which the lads get their grubby mitts on a rare Rimac Concept_One, cancel them.

You can thank us later.

If you need some convincing, check out the clip above featuring the world's first all-electric supercar taking on the Acura NSX and a Lamborghini of some sort (it's a gasser, so nobody cares). This is from the part of the episode before they (unintentionally) drive the hand-crafted Croation car off a cliff, so you'll have to tune in to see what leads up to that vehicular tragedy.