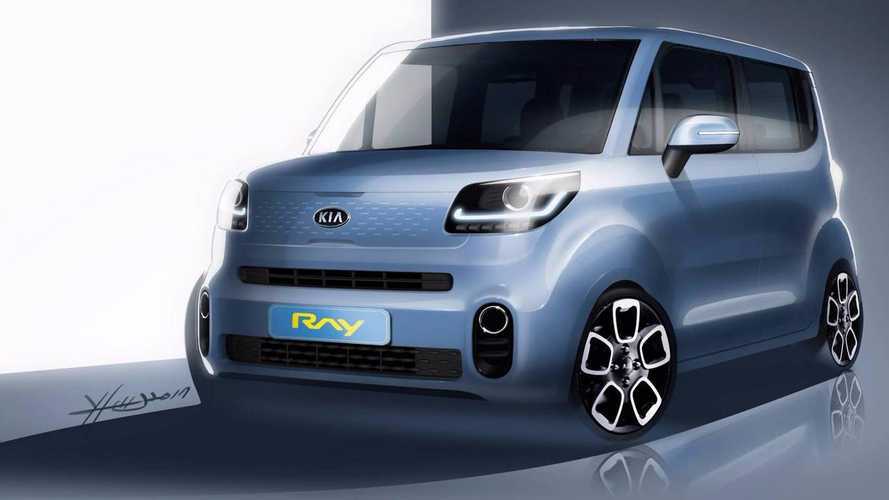 A refreshed model should officially debut this month, though it'll only be offered in South Korea.

For those in the United States, no you’re not looking at a new, smaller version of the popular Kia Soul. There is some similarity in the face and up-sloping rear windows, but this is in fact a city car called the Kia Ray. To be more specific, this will be the next all-electric Ray, newly restyled and recently teased by Kia’s parent company Hyundai on Facebook.

To save you the hassle of translating the text, the post says that the new Ray is coming sometime this month. That’s not what you’d call a tell-all description, but the Ray does have some significance in the automotive world. This was actually the automaker's first all-electric offering, debuting back in 2011 for the 2012 model year, and served as the predecessor to the Kia Soul EV – a vehicle for which Americans are definitely familiar.

In its current form, the modest electric motor gives the Ray a range of 86 miles, or buyers can opt for a three-cylinder gas engine for a more traditional commute. Being a city car, it is of course small and boxy, with a passenger side sliding door similar to a van. It’s exclusive to the South Korean auto market, and as far as we can tell, there are no plans to take it anywhere.

City cars can give off a real love-it-hate-it vibe, but the often-odd proportions generally lead to a universal label of cute. These two images of the new model suggest that, if anything, the Ray will get even cuter with a new thin-mouth grille – a rather notable departure from Kia’s current dual-notch design philosophy, though we still get that with the body color “ghost” grille between the headlights.

Yeah, America is the land of big trucks and open roads, but having a few cute boxes like this for some city fun wouldn’t be such a bad thing.