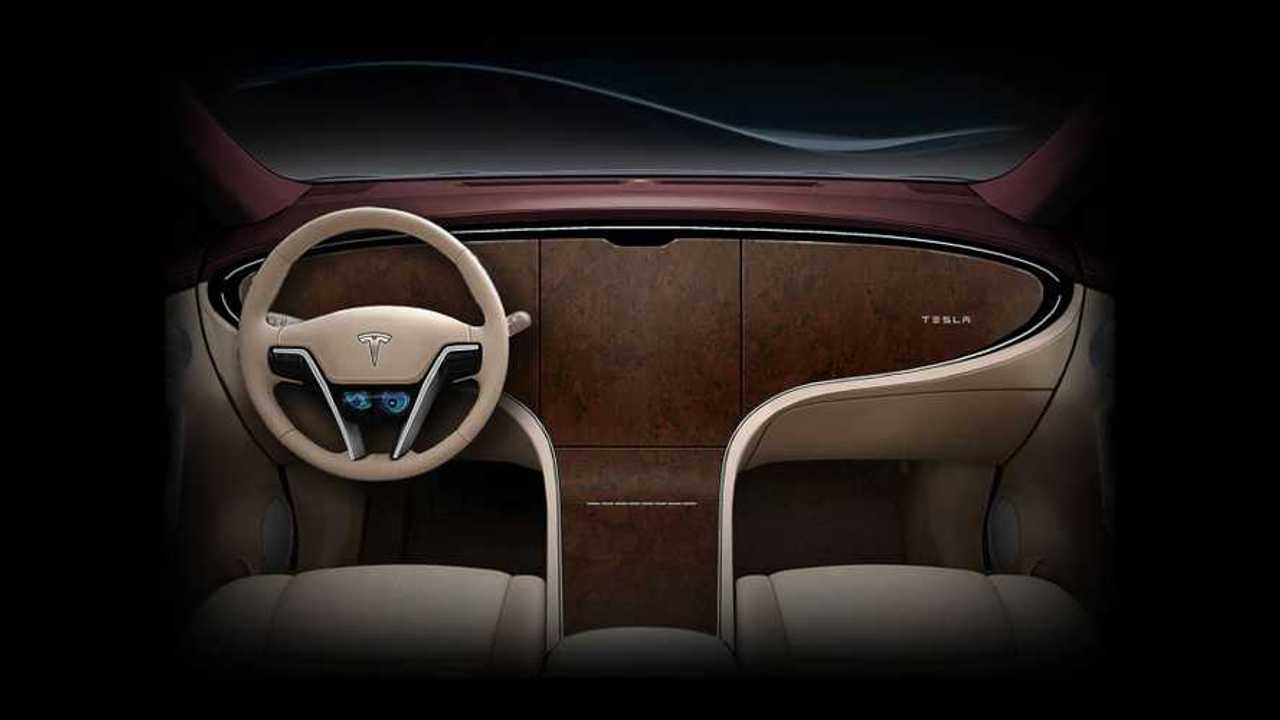 We’ve been seeing a lot of interesting supercar renders in the pages of Bēhance.net, but today’s project focuses on an interesting electric sedan that’s being billed as either a next-generation Tesla Model S, or a “Model S killer.” Yes, you can laugh now.

It’s the product of two individuals, Dejan Hristov who handled the design, and Mihael Merkler who did the 3D work, and they’re happy to sell this design to any company interested in entering the EV world. We suspect the duo would also happily sell the design to a company already knee deep in electric cars, especially since some of the renderings already include Tesla’s logo.

Until that sale comes, Hristov and Merkler call this car the Perun 6H Concept, named after the god of thunder and lightning in Slavic mythology. It’s a fitting name given this all-electric car is conceptualized as utilizing 255 Kw electric motors producing a combined 1,367 horsepower. The car is also said to feature “advanced generation” auto pilot with active chassis technology, solar panels on the roof for charging, and laser headlights. We’re not entirely sure how that would work, but honestly, who doesn’t want to drive a car with fricken lasers for headlights?

We certainly see some inspiration from Tesla in the car’s design, which looks fairly well-rooted in reality as something that could go on sale tomorrow. That is, save for the wildly massive fender flares, which remind us of something from a tuner like Liberty Walk. Unlike many renders we come across, this one comes with an interior design as well. And we must say, the minimalist Tesla approach with a woodgrain finish is rather fetching.

There isn’t much info given on what all features might be inside, but it does come with suicide doors and cameras that replace external mirrors. The grille is also replaced by a display that can show the automaker badge as well as provide information to oncoming vehicles about road conditions. We’re not sure how effective that would be – seems like closure rates would be too fast to convey anything but the most basic of symbols, like a snowflake or rain drop.