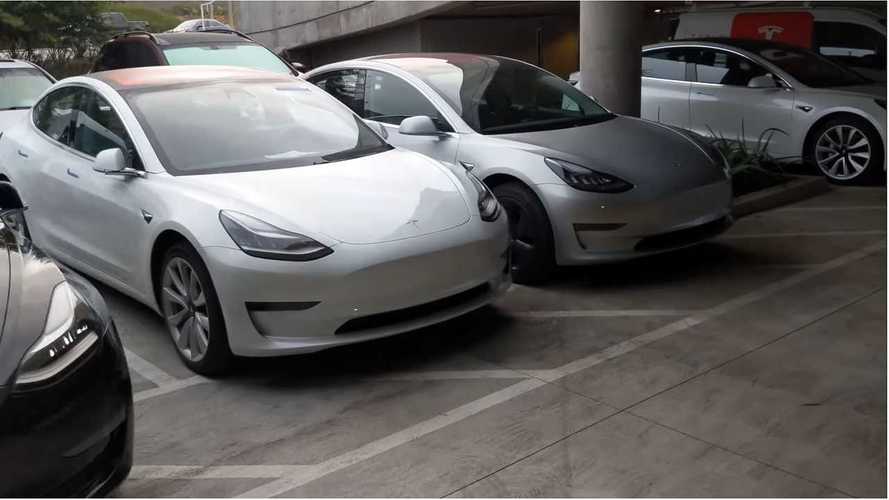 We've been regularly reporting about sightings of Tesla Model 3 vehicles stocked at multiple California locations, a few of which have been very near the automaker's recently acquired 131,000 square-foot facility in the Los Angeles area.

The automaker's new center is now open for business and even has an official, illuminated "Tesla" sign. Teslarati originally discovered that permitting was in process for the new facility because, on September 19, 2017, the automaker submitted permit paperwork for the sign itself. Tesla will reportedly pay out about $30 million for the new space over the next seven years.

The publication was able to check out the site and found several Model 3 and Model S sedans, along with a few Model X vehicles. This is only what is able to be seen in a visible holding lot behind a private gate. The entire facility has multiple areas for stocking as many as 400 vehicles. Teslarati shares details about the space:

"Metal ramps painted in the company’s ubiquitous red color were seen leading to a relatively empty interior space with no walls. A few vehicles were seen stationed on oversized mats that were presumably awaiting customer pickup. We expect the center to eventually have partitioned interior spaces aimed at delivering a more personalized customer experience."

The much-needed facility should prove advantageous as the automaker begins to ramp up Model 3 production. Additionally, having a large delivery center separated from the San Francisco area, and very near many key locations in Southern California like Silicon Beach, Venice Beach, Playa Vista, SpaceX, and Tesla's current Centinela delivery and service center is a plus. This new facility will help take the extra load off the Centinela site, so it can focus primarily on service.

Follow the link below for several photos of the new delivery center.