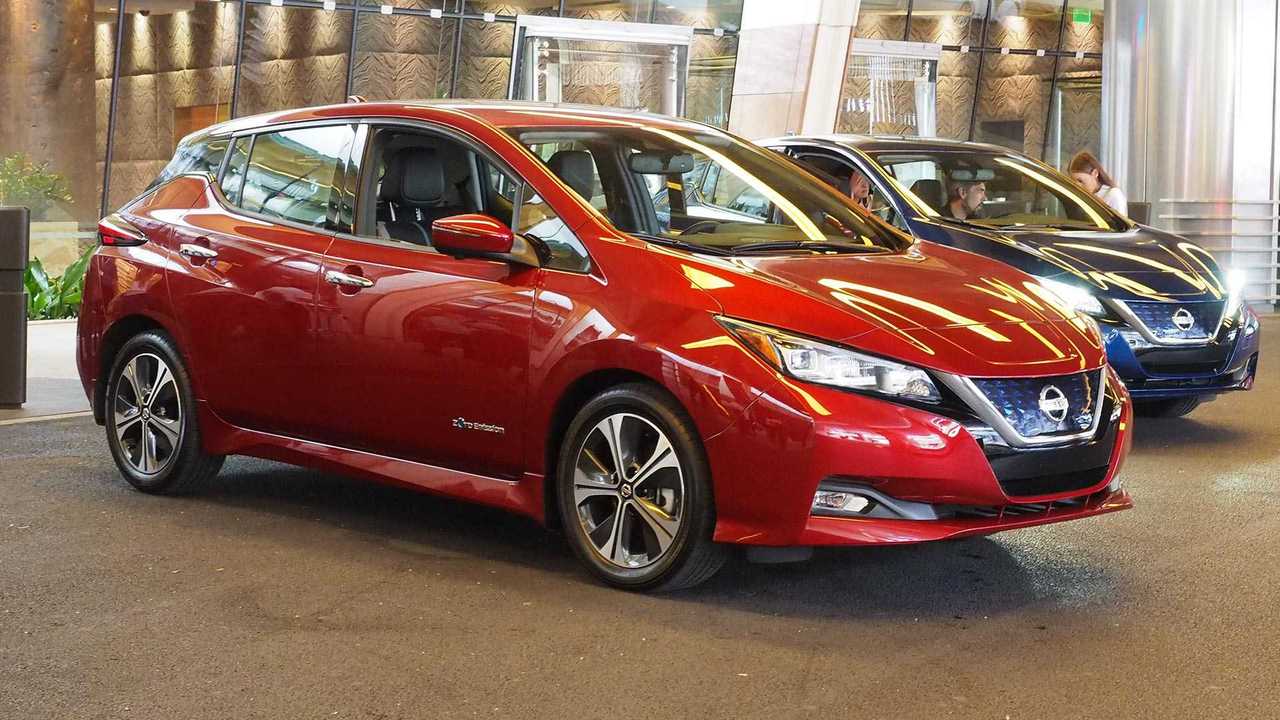 With the Chevrolet Bolt increasing sales and the Tesla Model 3 ramping up production, it's time for Nissan dealers to kick 2018 Nissan LEAF sales into high gear.

We've waited a long time for Nissan to up the ante with an all-new pure-electric LEAF, and it's finally arriving. There's really not much stopping the 2018 LEAF from making a strong showing, albeit with less range out of the gate than the two aforementioned rivals' models, but not all people need or want the range.

"There are EV competitors out there today with greater range. But that extra range comes with a higher price. Our customers told us that affordability was their biggest issue. They're not necessarily willing to pay for more range if they don't need it. For 80 percent of EV buyers, 150 miles is a good number."

Nonetheless, Nissan will offer a longer range, higher-performance model in early 2019 for the other 20 percent (~60 kWh battery with about 220 miles range). Besides range and charging infrastructure (it's likely that most LEAF drivers intend to do a lot of charging at home since those same folks are apparently not asking for huge ranges), EV adoption's primary obstacles are price (which Nissan takes the edge in) and dealer support. Automotive News spoke with New York Nissan dealer owner, Wayne Siegel. He shared:

"Frankly, we didn't have much success selling the LEAF when it first came out. We're on Long Island, and our customers had range anxiety. So we didn't sell any. Now — this one? (referring to the 2018 LEAF) We're on board with this one. It's going to knock it out of the park."

Jose Munoz, Chief Performance Officer and Chairman of Management Committee for Nissan North America is confident that this type of mentality will pave the way for "LEAF 2.0." He said that only about 300 of Nissan's 1,100 retailers have made a concerted effort to market the first-generation LEAF. He explained:

"They all sell it, but some do a better job of it. We want everyone to get engaged, and that means that we also need to do more."

Munoz told Automotive News that the automaker aims to be actively engaged in assisting dealers with the future expectation. He believes that the car's range will be a game changer for the new LEAF, especially since the vehicle is priced well below any other competitors. The 2018 LEAF starts at $29,990/$30,875 including destination. The current 2017 LEAF has an MSRP of $31,565 when you tack on the destination. Interestingly, when the LEAF first came out, it was priced at nearly $3,000 more than the 2018 base price and traveled less than half the miles on a charge (73).

The automaker is also revamping the way in which it markets the LEAF. Director of EV marketing and sales strategy, Brian Maragno, explained that LEAF consumers no longer need to be told that the car is "green-friendly" and doesn't require gasoline.

No, a thousand times no, on this color choice

Instead, Nissan is focusing on something called "EV-ness" in the new campaign. According to Maragno, this means that the automaker will spend more time focusing on the other positive aspects of EVs, and more specifically, the new LEAF. Marketing will stress the car's performance, ride quality, tech, and comfort, along with upgraded interior appointments, infotainment screen, and flashier styling cues.

It will be interesting to see how the rivalry between the 2018 Nissan LEAF, the Chevrolet Bolt, and the Tesla Model 3 will play out from a sales standpoint. We expect the LEAF to fare very well for what it is, and who it's marketed toward.   It should also work to encourage EV newbies to jump on the bandwagon. The more interesting part will be further down the road when a myriad of other competitors hit our roadways.