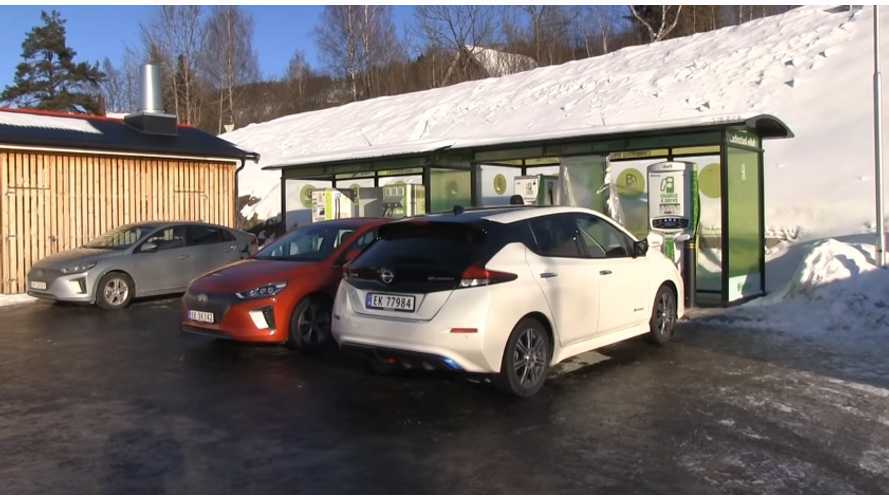 The Hyundai IONIQ Electric won the winter test against the new Nissan LEAF in Norway in terms of range and energy consumption.

A very interesting comparison between the two during the duel was provided by Bjørn Nyland, who found out that in cold weather (below -10°C), especially at speeds over 90-100 km/h, the IONIQ Electric is able to drive further on a smaller battery. That was kind of surprising (even if we take into account that the LEAF's usable energy is a few kWh below 40 kWh).

Part of the reason could be better aerodynamics of the IONIQ, as under 90 km/h energy consumption should be more comparable. Another reason could be different wheel sizes (LEAF had 17, while IONIQ 16).

The other finding is that, despite the new LEAF being equipped with a higher capacity battery (40 kWh instead of 30 kWh), charging power, at least in winter, struggled to exceed 40 kW.

"We did a test between Leaf and Ioniq. Despite having a smaller battery, Ioniq managed to get more range than Leaf. It seems like Leaf struggles in very cold weather. When I tested Leaf in Tenerife, the range and consumption was much better. Therefore, I have to take a new test once the temperature is higher."

A problem with testing the real energy consumption values prevented any reliable numbers from being presented though.

The second video (below) on the topic explained the energy consumption results at low battery temperature.

"In earlier videos about the new Leaf, I assumed that the battery had massive heat loss due to high load. It turns out that the SoC displayed in the screen is lower than what LeafSpy shows. The Leaf would go farther than expected. But it should get a firmware fix for that "bug" I talk about in the video."