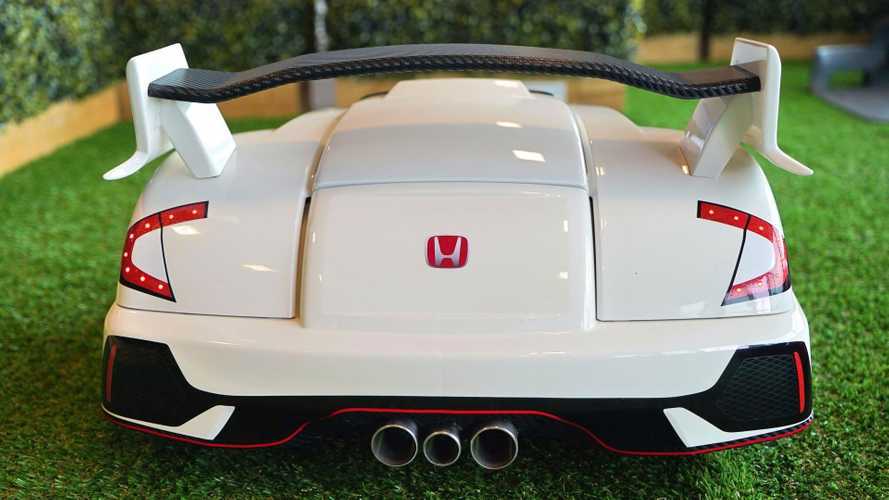 Knows when it's running out of battery and heads to the charging station on its own.

A quarter of a century ago, the Type R badge made its debut on the NSX-R and now Honda has decided to celebrate the anniversary by unveiling a special version of the Miimo. What’s a Miimo you ask? It’s a robotic lawn mower that has been around for some time and was recently introduced in the United States where it carries a starting price of $2,499 for the base model.

To mark 25 years of Type R cars and Fireblade motorcycles, the autonomous and fully electric lawn mower has received not only Type R branding, but also a custom Fireblade livery. As cool as these may look, sadly you won’t be able to buy them as Honda says these are nothing more than prototypes. We are particularly fond of the Type R version, where it has also inherited a tiny rear wing with a center section wrapped in carbon fiber vinyl. No less than 40 LEDs have been installed for the functional headlights and taillights, while the Fireblade version actually has an extra five.

Other than that, it’s a standard Miimo, fitted with numerous 360-degree sensors and smart enough to do all the work without any human input. It also boasts self-charging capabilities as the lithium-ion battery is monitored at all times to detect when the level drops below 30%. It then heads to the docking station on its own to “fill up” the battery, which lasts for 30 minutes on the base model whereas on the $2,799 version it has enough juice for an hour. In both cases, one minute of charging equals one minute of mowing.

If you’re still not impressed, Honda says the Miimo can stop, turn, and then move in a different direction whenever the sensor detects a human, pet or another similar obstacle. But wait, there’s more. It even has an anti-theft protection system that will kick in (by sounding an alarm and disengaging operation) if the mower is lifted from the ground. Putting it back to work will require inserting a customizable anti-theft PIN code.