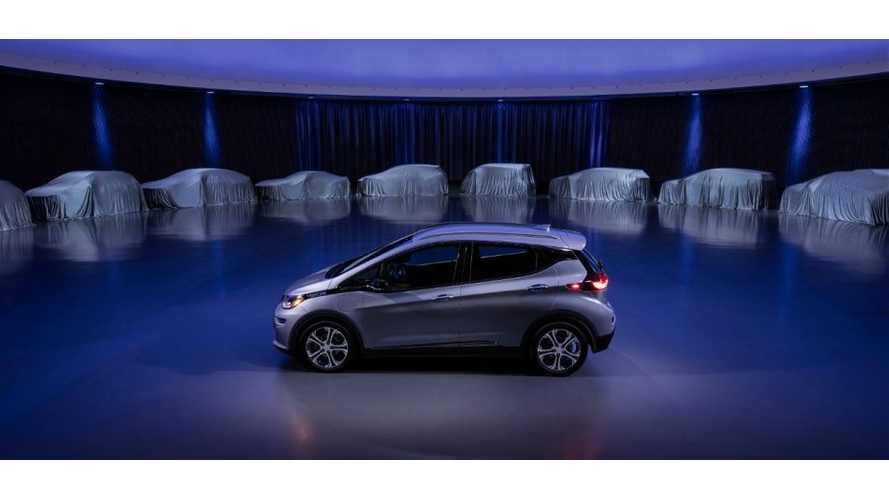 We take an in-depth look at plug-in electric car sales in the U.S. for the month of November.

Plug-in electric vehicles scored another month of growth in the U.S. setting a new record for November - just like all the other months so far this year (and also showing year-over-year gains for 26 months in a row).

Overall, an estimated 17,178 plug-in electric vehicles were delivered, which is 29% more than one year ago. Market share was just above 1.2%.

Now we enter December, the final month of the year. This month usually ends with a new all-time record being set, fueled by the interest to catch the federal tax credit early next year.  With that said, it is no "sure thing" for 2017, as the new Nissan LEAF arrives in January, and the Tesla Model 3's delivery volume is still very much in question.

The best selling plug-in electric car in November was the Chevrolet Bolt EV (2,987). The Bolt continues to set its own month-over-month records as well.

In November, the Bolt achieved a record 1.8% of total Chevrolet car sales.

BMW surprised with excellent results of 929 X5 xDrive40e sold in November. Total of 7 plug-in models achieved combined sales of 2,821 for the BMW Group, which is 8.8% of total sales.

"Sales of BMW Group electric and plug-in hybrid electric vehicles increased 27.8 percent to 18,416 through November 2017 (YTD), accounting for 5.9 percent of total BMW Group sales in the U.S. BMW offers six electrified vehicle models in the U.S., including the BMW i3 and BMW i8, as well as the BMW i Performance models: BMW 330e, BMW 530e, BMW 740e and the BMW X5 xDrive 40e. MINI offers the MINI Countryman plug-in-hybrid electric vehicle, which launched in June 2017."

Tesla Model X, with estimated deliveries of 1,875 units, was the second best selling car in November, followed by 1,702 Chevrolet Volts and 1,335 Tesla Model S (estimated).  Tesla Model 3 deliveries were estimated at 345 during the month (712 for the year).

And here are the "Top 10" selling models for the year after 11 months:

*Editor’s note:  all the individual sales for every plug-in model sold in November (and all-time) can be found on our Monthly Plug-In Sales Scorecard.