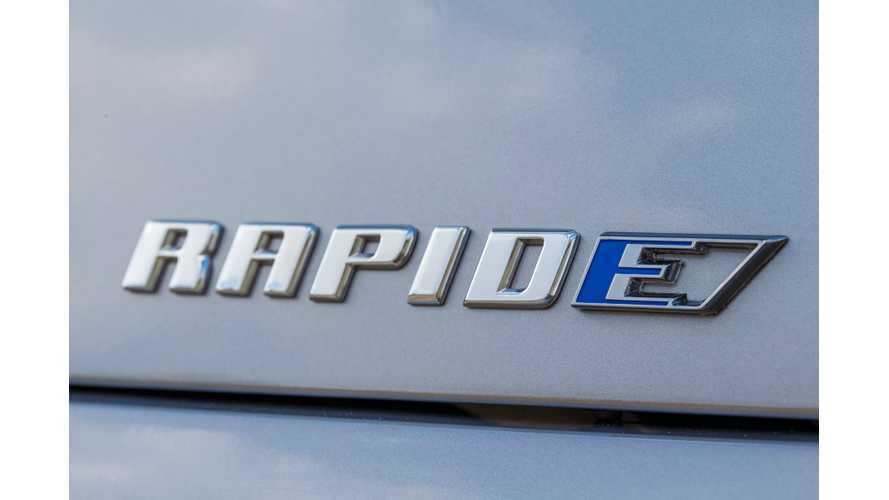 Aston Martin is developing its first all-electric car, the Rapide E using the Rapide AMR as a base and the powertrain/battery from the Williams Advanced Engineering.

As only 155 Rapide E will be made, starting from 2019 and according to CEO Andy Palmer, it will be targeted at a very different customer than that of the Tesla Model S.

Aston Martin intends to offer an electric car above Tesla.

“Most of the people who buy a Model S are buying it fully loaded. They’re not limited by their cash; they’re limited by the offer,”

“We’re looking to those guys looking for something above Tesla. That customer probably isn’t looking for 'Ludicrous mode'. Our offer will have very credible acceleration – equal to a petrol Aston Martin – but you’ll be able to drive the car rapidly all the way around the Nürburgring without it derating or conking out on you.”

Autocar recently had the opportunity to check out the prototype mule of the Rapide E and said its pace and general character are promising.

"Aston Martin is currently running prototypes of the RapidE – one of which we drove  – ahead of deliveries in 2019. Although a fair amount is set to change before production of the 155 customer-spec RapidEs begins, the engineering mule does prove the fundamental viability of an electric Aston Martin."

Rapide E is a proof-of-concept, the factory conversion of a conventional car. If it sells well, there will probably be a larger Aston EV project.