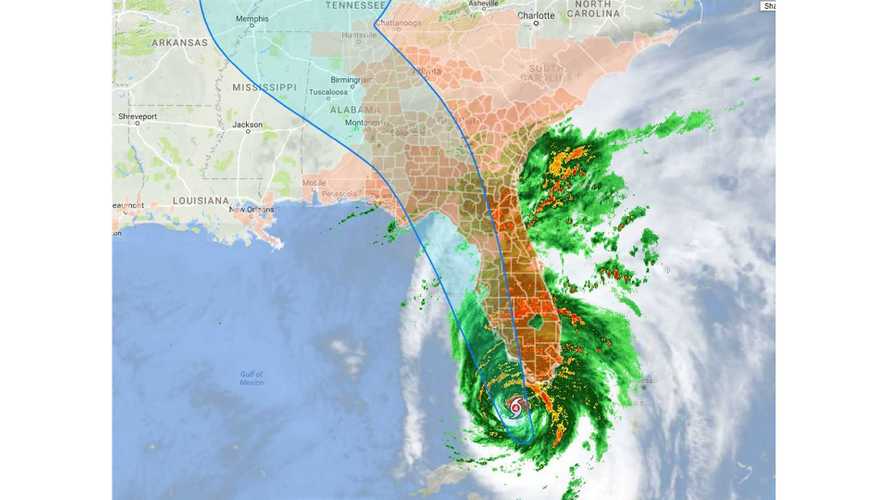 Before Hurricane Irma started hitting the outer islands of Florida, Tesla issued an over-the-air update that should make is easier for evacuees to escape the storm.

The OTA update was sent out to Model S and X owners with the 60 kWh battery pack. This immediately unlocked the additional 15 kWh that was software blocked. This bumped up range significantly, from 210 miles in a 60 kWh Model S to 249 miles, in the now-unlocked 75 kWh Model S. For some, this could be the difference from escaping the storm and getting caught in the devastation.

Tesla says the range-extending update will remain in place through September 16. The range upgrade typically costs $2,000.

Sources say that Tesla made the decision to push this update following one single request by an owner in the soon-to-be-impacted area. It seems the owner needed just a bit more range to get out of harm's way.

"Reports of Tesla Model S 60 owners living in the path of Hurricane Irma who received a sudden increase in battery range first surfaced on Reddit. “I’m in South Florida and I own a MS60. I just checked my app and look what it says. I’ve never been higher that 215 miles. Did Tesla do this for evacuations?” asked Redditor Ludachris9000."

"Similar reports soon followed across the Tesla Motors Club, with one Tesla owner confirming that the battery range upgrade was issued to all Tesla owners with an upgradeable 60 kWh battery, and living in Hurricane Irma’s evacuation zone in Florida, to 75 kWh."

“I verified it was released to any 60s in the evacuation zones. I was told it will be removed on September 16.” said CMPSL."

A Tesla spokesperson later confirmed the OTA update, saying that Tesla did unlock the extra 15 kWh for owners who may be in the region where fleeing Hurricane Irma is a priotity.

Our thoughts and prayers go out to those in Florida and elsewhere who have been or will be affected by the storm.