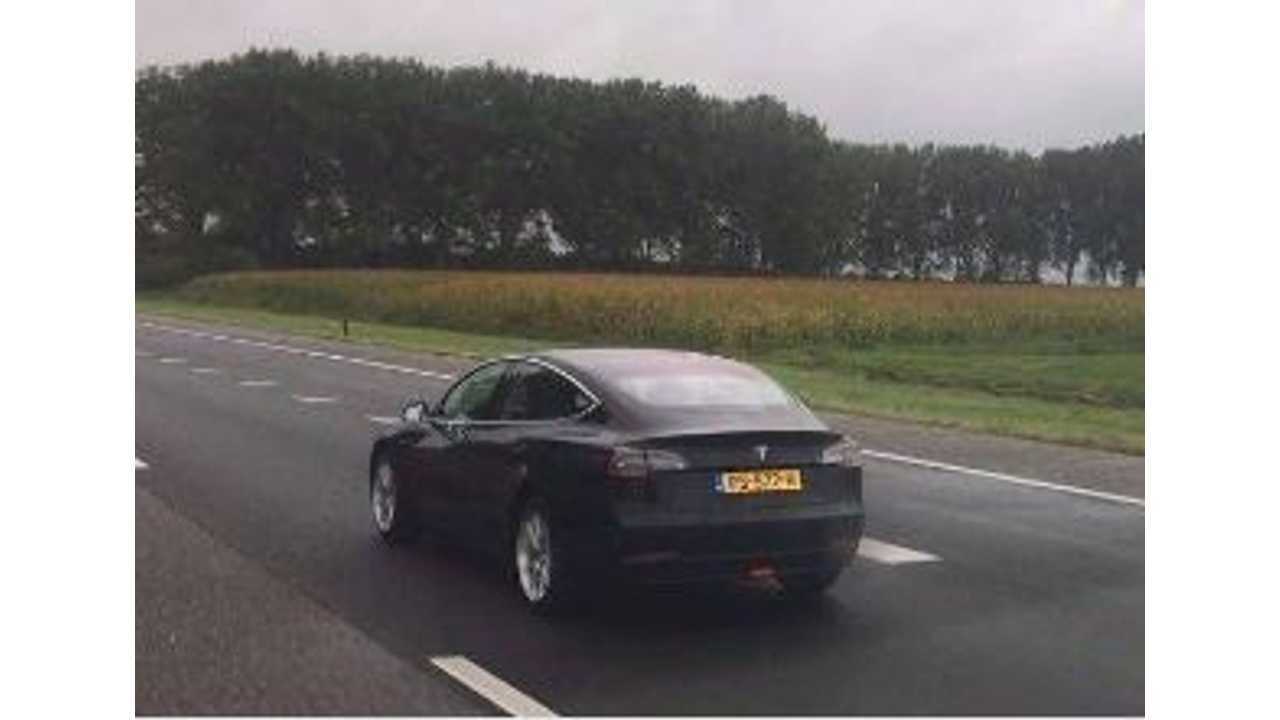 @Model3Owners The first Model 3 has been spotted in The Netherlands, around the Tesla assembly plant in Tilburg pic.twitter.com/Gqp0Aqs0NB

This is the first sighting of a Tesla Model 3 in Europe, but it certainly won't be the last.

Spotted near Tesla's assembly plant in the Netherlands, this black 3 is the first to be seen on public roads on the other side of the Atlantic. Actually, aside from a couple of Model 3s seen in New Zealand for winter testing, this sighting is the first of a 3 outside of the U.S.

"Robert di Gento took the photo, and later tweeted that the license plate registration was August 31. He also gathered that this Model 3 was a “fully loaded” model with a price of €86,000."

There's no indication that European deliveries of the 3 will commence anytime soon, so we suspect this car is there more or less for display purposes, possibly to drum up demand and even more likely for some testing and evaluation.

If you're in Europe, be on the lookout for this and possibly other Model 3s. They've arrived! Or at least this lone black one has made the journey. More are sure to follow.