Tesla To Open Larger Store In Michigan At Somerset Mall 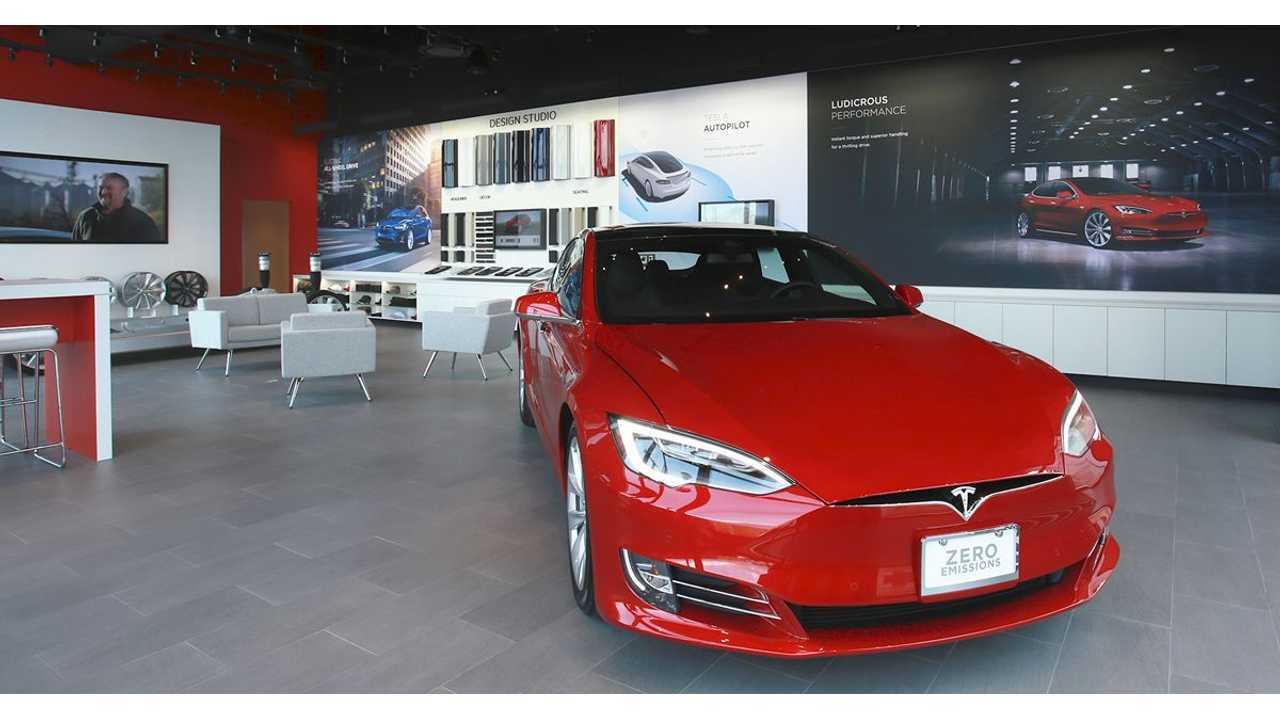 Despite not yet being able to sell cars in Michigan, Tesla is in the process of opening a standalone store in the state.

As we previously reported, Tesla opened a small gallery inside of the Nordstrom store at the Somerset Collection mall in Troy Michigan, north of Detroit. Having visited the store on multiple occasions, we're here to tell you that it looks as if the automaker put a car inside of what used to be a changing room or dress closet. There's not much room in there for anything but a single vehicle, and if it's busy with onlookers (which it almost always is), you can't really move around much.

Tesla is now moving to change this. The automaker is working on plans to open a larger, stand-alone gallery at Somerset mall. You can already see that work is underway with a new storefront, next to the current Apple store. There's even a sign officializing the project. It reads:

This is in the midst of all of the mess that Tesla is facing in the state of Michigan and has been for quite some time. The situation which makes it so that Tesla is not allowed to sell its cars in Michigan has recently escalated significantly. A judge ruled that communications between Michigan governor, Rick Snyder, other related government officials, and dealer union members must be provided to the automaker. The company's lawyers believe that the group plotted against the automaker and that said documents will be proof of this. The Detroit News reported:

"In October 2014, Snyder signed a law banning automakers from selling vehicles directly to consumers. The legislation passed overwhelmingly by the Michigan Legislature, was backed by the new-car dealership lobby. The law closed a loophole that Tesla has used in other states to maintain company-owned retail stores, bypassing the dealership route.

The governor said then that the law “clarifies and strengthens” a long-standing law that prohibited direct sales of new cars in Michigan. Previously automakers were prohibited from selling new vehicles directly to retail customers except through its franchised dealers; the revised law removed the word “its,” which Tesla viewed as a strike against the company."

“It’s unfortunate that Michigan law takes away rights from consumers in order to protect local car dealers. Tesla continues to fight against that law so that Michigan consumers can enjoy the freedom to buy cars as they wish.

“In the meantime, as Tesla’s legal challenge proceeds, we are expanding our presence in Michigan in order to educate consumers about the benefits of Tesla’s vehicles and sustainable energy products in a fun and engaging environment. Tesla’s new gallery at the Somerset Mall allows anyone interested in Tesla, including the thousands of Model 3 reservation holders in Michigan, to learn about our technology, energy products and cars, including the fastest accelerating and safest production sedan and SUV that have ever been built.

For now, customers can view the cars at the gallery and ask questions. However, employees can't talk about the vehicles' pricing, nor can they offer test drives. They can simply tell the interested customers to visit the automaker's website.