No, The $29,990 Nissan LEAF Doesn't Have a Small Battery So It Can Compete With Compacts 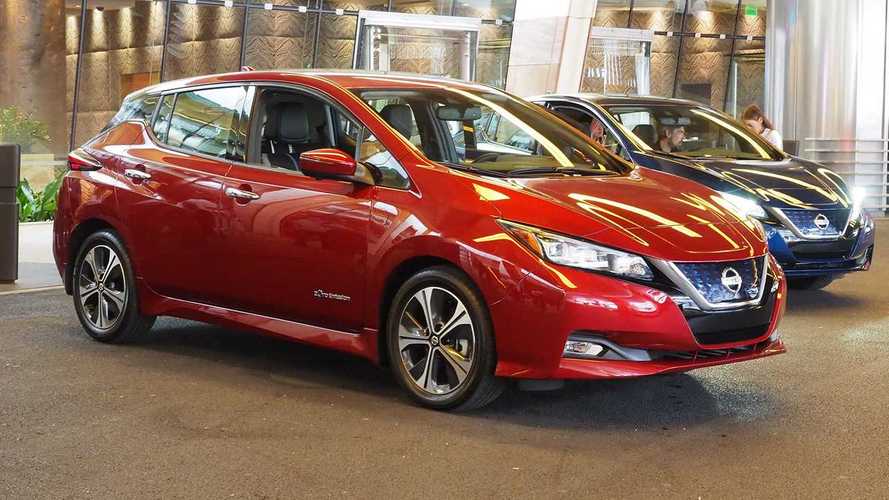 Since Nissan debuted its 2018 LEAF, there has been a lot of conversation about it and the 150-mile range its standard 40 kWh battery will provide.

One take in particular, from Bertel Schmitt at Forbes, pushes the notion that this battery is actually the perfect size because it keeps the price of the car to $29,990, and therefore allows it to compete against traditional compact cars, rather than other EV's like the $35,000 Tesla Model 3 or $36,620 Chevy Bolt EV with their 210 and 238-mile respective ranges. If he actually believes that, I have a sword once wielded by Toyotomi Hideyoshi I am willing to sell him. Act now, quantities are limited.

This is not to say that the price point is not an important part of Nissan's strategy. The 2018 model's $29,990 MRSP is lower than the 2017's $30,680 ask, and the additional 43 miles worth of battery makes for a much better value-per-mile of range.  With utility substantially increased and its appearance more palatable to a wider range of tastes, no doubt sales will go up.

Still, it's just not going to convince a lot of people who are shopping in the sub-$20,000 market where compact vehicles, such as the Chevy Cruze, Ford Focus, and Volkswagen Golf, dwell. Sure, some people can reach price parity by discounting up to $10,000 in state and federal incentives, but the truth is, most of the people shopping for these small cars don't have the incomes that allow them to take advantage of the $7,500 federal tax credit.

The more likely scenario is that the LEAF will take some sales away from traditionally-powered compacts, from the other electrics, and from hybrids, plug-in or otherwise, that wear similar pricetags. In fact, hybrids might lose the most market share to the LEAF especially in Japan where the new range of 150 miles (241 km) can make a huge difference in usability. Evidence of this, one way or the other, will appear soon, as the 2018 LEAF will be available in the Land of the Rising Sun first, starting October 2nd.

Schmitt also goes on to poo-poo the idea of having a bigger battery than 40 kWh (despite the fact that Nissan will be doing exactly this later in 2018), saying that adding more energy storage would mean more weight, which in turn would require "a beefed-up structure to carry the extra load."

While that might make sense to someone with limited industry knowledge, the truth is there shouldn't be a big weight differential between the 40 kWh Leaf and the ~60 kWh upgrade because the packs will use cells with different chemistry.  The bigger one, of course, will use cells that are more energy-dense. Both packs will have to fit within the same space and so should be relatively similar in weight.

It would have made a lot more sense to offer both options right at the outset, selling the 225-mile expected range of the ~60 kWh pack, while simultaneously trumpeting the lower cost option.

The only reason we can think of for not doing this is supply and existing contracts. Nissan and partner NEC have sold AESC, their battery building unit, to Chinese company GSR which will likely supply all the 40 kWh battery packs, and then free up Nissan to perhaps buy the cells for the ~60 kWh pack from LG Chem. For whatever reason (supply, or pre-existing contract between Nissan and GSR), LG Chem can not supply those cells to Nissan at this point in time, and so the Japanese automaker has punted the larger pack to some time later in fiscal 2018 - roughly a year after the 40 kWh battery's arrival. Stuck with this lemon of a supply chain situation, it's behooves them to make marketing lemonade and talk up, for now, the virtues of a smaller battery and lower price point, and so that is what they are doing.

In our opinion, Nissan launched the single battery option out of necessity rather than choice, and now it has to aggressively market what it can actually sell.