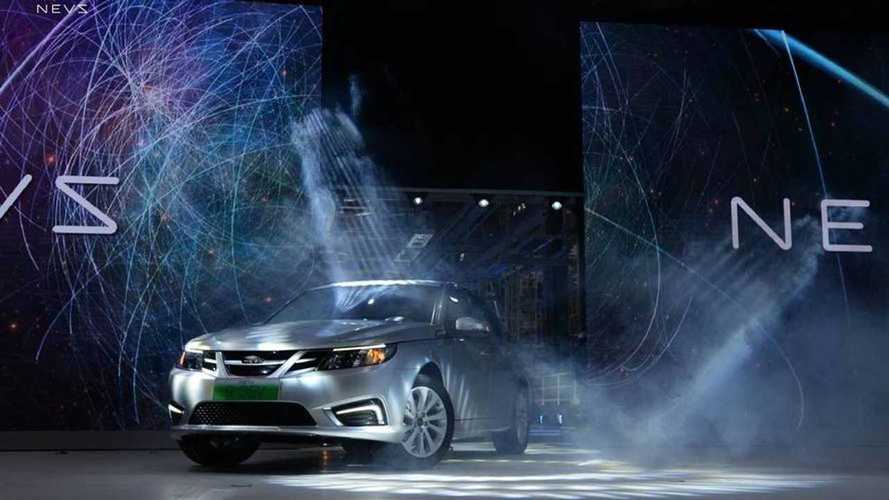 We can finally say it – the SAAB is officially (spiritually) back, as NEVS has started production of the all-electric 9-3 sedan at its newly constructed factory in Tianjin, China earlier this month. This is seen by the company as an important step in its plan to “shape mobility for a more sustainable future.”

The new vehicle is basically a re-badged 9-3 sedan with an electric powertrain and some visual improvements. However, it won’t feature the SAAB badge anymore, as NEVS lost the rights to the name and logo of the once famous marque due to financial difficulties. Initially, the manufacturer wants to assemble 50,000 vehicles annually, but once the plant is working at full capacity, this number should raise to 220,000 examples per year.

NEVS has already received thousands of pre-orders for its new product from various companies in China, and has signed an impressive $12 billion strategic collaboration agreement with electric car leasing company Panda New Energy for some 150,000 cars. The automaker also has a deal with the Turkish government allowing it to use the new 9-3 intellectual property rights.

The first electric vehicle from NEVS has a maximum range of 186 miles (300 kilometers), but, unfortunately, no other technical details are available at the moment. The future EVs of the company will use what it calls second- and third-generation electric powertrains, and will be developed in cooperation with DiDi, the world’s “leading one-stop diversified mobility platform,” and GEICO (Global Energy Interconnectivity Corporation), which will help with the infrastructure and the sharing services platform.

As far as we know, NEVS’ next production electric vehicle will be based on the current SAAB-sourced architecture and will basically be a modernized version of the old SAAB 9-3X with electric propulsion. Eventually, the Chinese manufacturer will build a “product portfolio of electric vehicles and mobility services globally,” but at this point it’s not clear whether it will develop its own underpinnings or will adapt the Phoenix platform, created by Swedish engineers before SAAB’s bankruptcy.