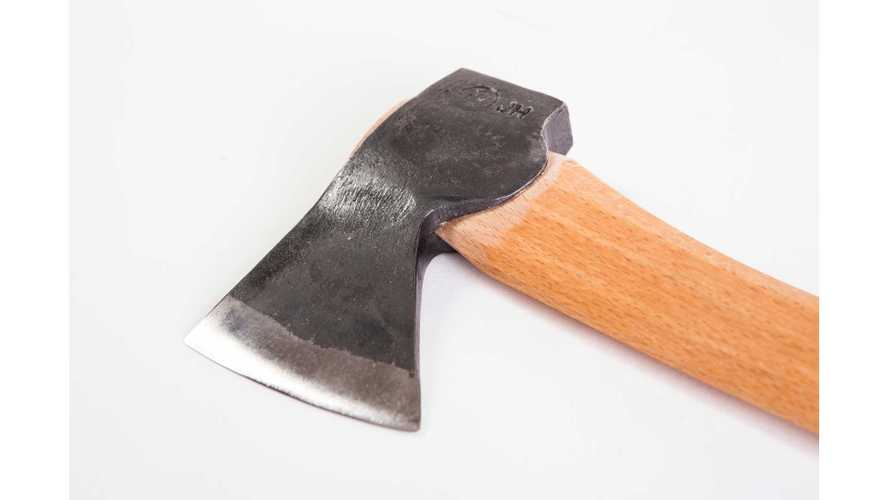 Officers were dispatched on a report of a man with a hatchet who allegedly struck a Tesla that was driving by. The man said "I hate Teslas."

This isn't the first time we've heard of Teslas being directly targeted and it likely won't be the last, but at least with this incident no damage was done to the car and nobody was injured.

A man who apparently harbors a strong dislike for Tesla automobiles was arrested Wednesday afternoon in downtown Santa Barbara after he allegedly confronted the driver of one of the pricey electric cars, according to the Santa Barbara Police Department.

Officers were dispatched at about 12:30 p.m. to the 100 block of Arrellaga Street on a report of a man with a hatchet who allegedly struck a Tesla that was driving by.

The vehicle was inspected, but no damage was found. Perhaps the hatchet missed and contacted the ground instead?

“He took issue with a Tesla, and said, ‘I hate Teslas,’ and created some motion with his arm while holding a hatchet."

“It turns out he’s either a little crazy or under the influence of meth, or both."

The suspect fled on foot but was quickly apprehended. He's now in the Santa Barbara County Jail on suspicion of being under the influence of drugs. Since the vehicle wasn't damaged, vandalism charges have been tossed out.