2018 Nissan LEAF, Tesla Model 3, Chevrolet Bolt: How Do They Compare? 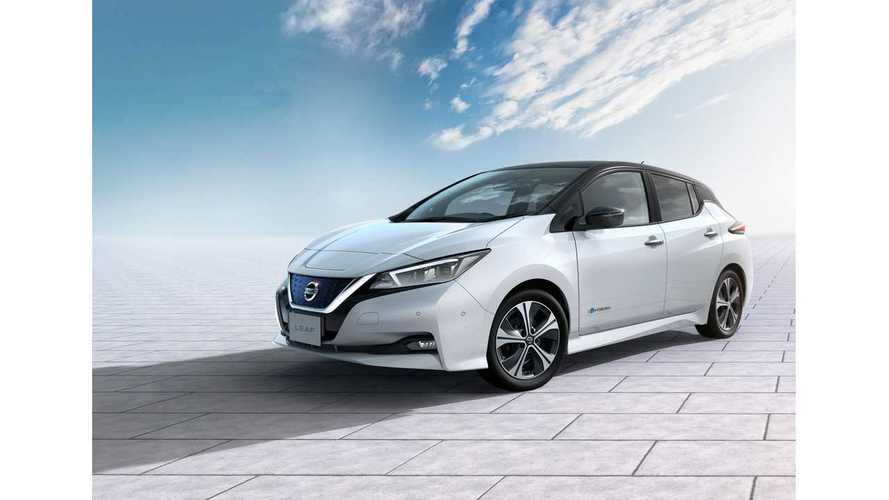 Should you wait to buy the all-new Nissan LEAF, get a Chevrolet Bolt today, or hop on the Tesla Model 3 reservation list?

Let's just pretend for a moment that all three cars are actually available and pricing is not the focal point. Don't worry, we'll address detailed pricing and availability concerns at the end of the post. However, we could go on all day about which is available now versus later and which costs more and whether or not the federal EV rebate will play a role, and by how much depending on estimated sales and dates and unknowns.

Pricing and availability are surely paramount, but it has played such a key role in all of the pieces we have read about this topic -- as well as creating a noticeable amount of bias -- that we're going to steer clear of that for just a wee bit. Bear with us, as we have no way of knowing each and every person's current life situation, and we don't really care to know when you're in the market for a car, how much money you make, how close you live to the Tesla factory, what your previous car was, whether or not you have a bias toward or against any of the three automakers, etc., etc.

We're pretty confident that no one wants to read another post pointing out such parameters as; if you live in Europe, count out the Model 3 for now. The Chevrolet Bolt is a good choice in America for now, to get you through until you can get a base Model 3 no one has actually seen. The Nissan LEAF is a great value, but you need to wait for the longer range model. Or heck, forego any of this and just go buy a used Model S. Tesla's rebate may expire on this date, or perhaps this date, and if Bolt sales accelerate, GM will lose its rebate on such and such a date.

No! We all know by now that there are many timeline factors, including those that affect vehicle range, cost, and inevitably, the potential to secure some rebate money. In the end, the decision is yours.

You can then use this guide as a frame of reference and factor in your situation and priorities to make the choice that best suits you. You may decide that the best choice for you is not one that is readily available in your area and/or doesn't fit your budget. Much like any decision, you will have to choose if you want to wait and crunch some numbers or put some extra cash away, or you may have to move down the list to your second or third choice. This is really no different than any car purchase, right? Well ...

Also, bear in mind that Tesla makes these type of posts extremely difficult, since the company is not at all transparent ahead of a launch. Most information comes from leaks or guesses. The automaker has yet to even allow reservation holders an opportunity to drive the Model 3. Nissan has already announced a test drive tour, which will begin next month, ahead of the car's official release, and you should be able to pop into any Chevrolet dealer and hop in a Bolt, that is if the dealership has one available that's charged. We spoke with one dealership recently that has no ability to charge the vehicles, another dealer told us that they won't be getting any Bolts since they can't charge them and have no EV-trained salespeople, but there's a competing dealership down the road with both needs covered.

So, let's move on to the meat and potatoes.

*This category is very subjective. If we simply say bigger is better, the Model 3 would win. However, Apple CarPlay and Andriod Auto are incredibly popular today. Users can use their own phone, their own apps, and the interface that they prefer. It also supports Google Maps (as long as you're using an Andriod device), which is arguably unparalleled when compared to any other mapping interface. Additionally, the "no physical knobs or buttons" issue is a substantial tipping point. People are tactile and appreciate being able to reach for something. The vast majority of reputable car reviews criticize vehicles that rely on only a touchscreen for operations. With that being said, and based on a plethora of positive reviews, we've chosen our champion to be the balance between bigger, intuitive, and highly functional. If you have a different opinion, feel free to change the winner of this category as you tally up the overall winner.

*If you only plan to use the Bolt without passengers in the rear seats, an argument can be made that it has more cargo capacity than the LEAF.

2017 Chevrolet Bolt: GM recently hosted an official Bolt EV Autocross event to prove the EV's prowess. InsideEVs attended the event and we were pleasantly surprised. The car provides a smooth ride and feels safe and solid. It handles much better than one might expect due to the low center of gravity.

Tesla Model 3: Our ride in the Model 3 proved that it delivers a smooth ride while being considerably agile. Tesla creates vehicles with sporty driving dynamics in mind and the Model 3 is surely no exception.

2018 Nissan LEAF: We can only expect that the LEAF will provide confident handling and a smooth ride. First drive reviews lean toward the vehicle being exactly as one might expect and even a noticeable upgrade from the first-generation vehicle. Its cabin is ultra-quiet, ride quality is coddling, and it handles well, but don't expect it to be an Autocross favorite.

*Of course, if you intend to buy a non-base model, the winner of this category would change to the Model 3.

*As far as base products are concerned, the Bolt holds the title. Tesla isn't providing official battery information for the Model 3. However, if the above estimates are correct, the Long-Range Model 3 gives you more kWh hours per dollar spent than the other vehicles, regardless of configuration.

Hard to top the Tesla Supercharging Network and its EV abilities

*Update:  It's very important to note that fast charging is not standard in the Bolt, or on the LEAF (in some areas/countries)

Now let's move on to the not-so-clear-cut categories:

2018 Nissan LEAF: NA (it's too soon to have this information from Nissan or the EPA)

*In the event that the 2018 Nissan LEAF is more efficient, this information could change. The current 2017 LEAF is less efficient than the Bolt.

Model 3: Not yet tested

LEAF: Not yet tested

*Neither the Model 3 or the new LEAF have prior models that can be used as a fair comparison. The Model 3 is an all-new car, and the 2018 LEAF is fully redesigned. Historically, Tesla has outstanding safety crash test ratings, but there have been some bumps in the road due to lack of consistent automatic emergency braking in Autopilot 2.0, and lower scores on the small overlap front test. First-generation LEAF's haven't fared as well overall, primarily due to low scores in the same overlap front test.

*It looks like you may get more standard safety features for your money with the new LEAF than the other vehicles. Additionally, the ProPilot is only a $2,200 upcharge, which keeps the LEAF's starting price still below the Bolt and Model 3. Tesla generally has the most advanced safety features, but many come with the Autopilot system, which is expensive and still undergoing a neverending incremental update process. You can get most features on the Bolt if you pay for them, but there is no available adaptive cruise control or high-speed emergency braking.

2017 Chevrolet Bolt: The Bolt is a non-luxury vehicle and has been regularly criticized in widespread automotive media for its marginal seat comfort and lackluster interior.

Tesla Model 3: The Model 3 is hit or miss due to its minimalistic interior design. Although, it is a luxury-based offering, with a modern, stylish, and upscale interior. Its interior was designed to compete with the likes of European compact luxury sedans. Most available drive reviews refer to Model 3 seating as spacious and comfortable.

2018 Nissan LEAF: The LEAF is a budget-oriented, non-luxury offering. Like the Bolt, it's not touted for its top-notch interior quality, but that's not why LEAF owners buy it. It's significantly roomy and comfortable.

*Picking an overall winner for this category would be basing it on a matter of preference. Additionally, aside from the Bolt, there is very little official information on which to base a viable opinion.

The Tesla Model 3 snags the most categories, although it's still the vehicle we know the least about. If you don't need a long-range car, the 2018 Nissan LEAF is a compelling offering and you should be able to get one soon. If you won't be in the market for a car for about a year, the long-range (SL) LEAF likely prices out right around the competitors' base prices.

The Chevrolet Bolt has a heck of a lot going for it (excellent interior tech, long range, versatility, safety, impressive driving dynamics, decent predicted reliability, and immediate availability) ... it really should be selling much better.

As you can see, comparing these cars is a difficult process. There's still not clear-cut information in several areas and there are a few important categories we were unable to cover, like passenger volume and reliability. Ultimately, the choice is yours based on your priorities, timeline, and cash flow. These are all really outstanding vehicles for so many reasons, but those reasons differ. None of the three is a bad car by any means, however, only one may be the best car for you. Let us know which you choose, and please use the comment section to provide any information that we may have missed. May the force be with you.

Eric Loveday - If it's not a hatchback, I'm not interested. So, the Tesla Model 3 is out. It's LEAF or Bolt then. I'm totally drawn to small cars with strong acceleration, so the Chevy Bolt is my choice.

Steve Loveday - As the post says, picking a winner is difficult right now due to "loose ends". Fortunately, I won't be in the market for a new EV for about three years. At that point, if Tesla has worked out all the bugs and there is not a newer/better rival, the Tesla Model 3 has my attention.

Domenick Yoney - I like the dynamics of a nicely balanced rear-wheel drive vehicle, though all-wheel-drive is also perfectly acceptable with its added traction and potential for increased efficiency. I see the Tesla Model 3 as the "driver's car" of this trio, and so with that, and its clean, modern interior, tech package, and Supercharger network, it's really unbeatable.