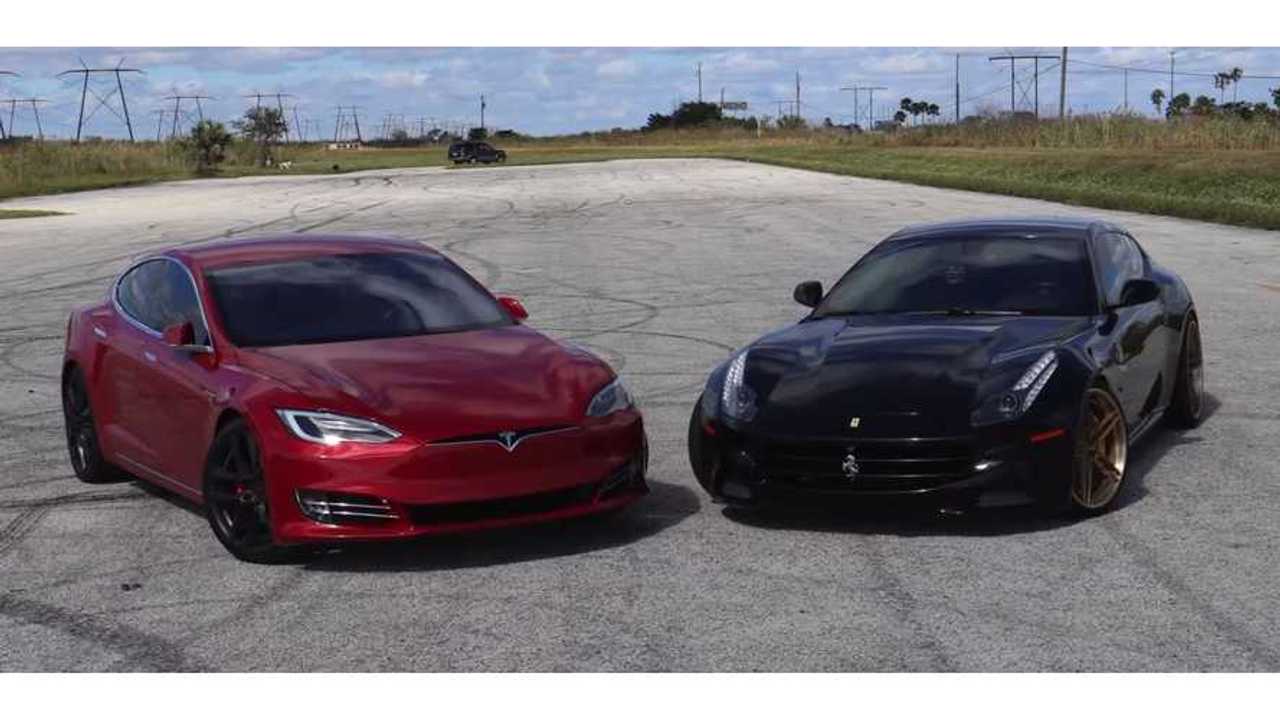 It's an all-wheel drive, launch control battle between these heavyweights, and unusually, this Tesla competitor seats four passengers.

Generally, when we see these races, it's to prove that a sporty, electric family sedan can outclass a two-seat supercar. However, the Ferrari FF is a hatchback that weighs in at ~4,200 pounds and has room in back for a few passengers. Additionally, it only costs a mere $400,000 or more.

The Ferrari FF is powered by a 651-horsepower 6.5-liter V12 engine mated to a seven-speed dual-clutch transmission, although this particular model also has a modified exhaust. It produces 540 pound-feet of torque. Ringing it at 800 pounds lighter than the Tesla Model S P100D, and with that amount of power, this Ferrari should be a pretty solid competitor, and perhaps even dominate.

The ~$150,000 Model S P100D with its dual motors and Ludicrous Mode delivers 580 horsepower to the wheels and cranks out a whopping 920 pound-feet of torque.

Drag Times takes the cars out for a little drag racing and roll racing to see how they stack up. Needless to say, the FF doesn't stand a chance in any of the races.

We have some test results from the all wheel drive Ferrari FF making 651 horsepower from it's naturally aspirated 6.5L V12 racing heads up against a Tesla Model S P100D with Ludicrous Plus.

Both cars are making big power, both cars have all wheel drive and both seat 4 or more. Watch and see how they compare in the real world in some heads up drag racing.