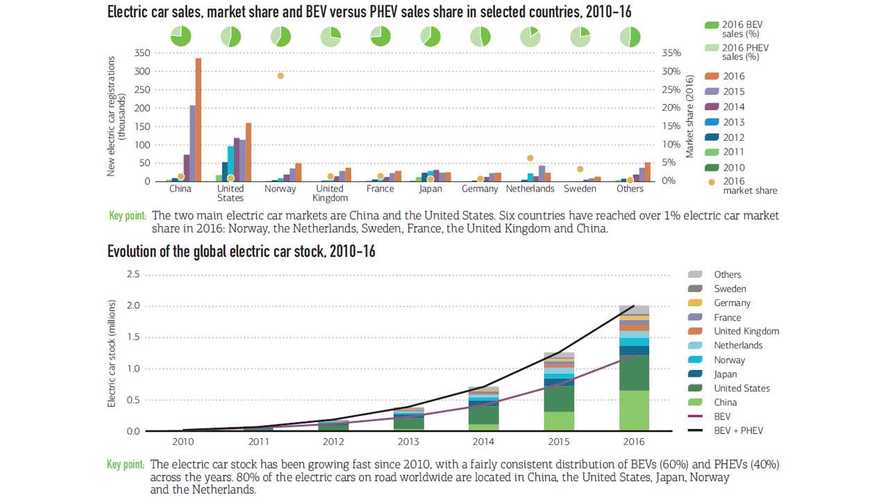 The International Energy Agency has explored the global plug-in electric vehicle market a little deeper, on the occasion of when the first 2 million sales worldwide was reached through the end of 2016.

The net total is still not much compared to more than 200 million electric two wheelers that exist mostly in China, but the EV sales ramp is clearly just starting to take off now.  China is also currently the largest passenger electric vehicle market as well.

As you can see (via the top graphic), adoption of all-electrics (BEV) vs plug-in hybrids (PHEV) varies wildly by country, depending on the specific needs of the market, available models and of course - governmental policy.  Overall, the worldwide average shows a split of 60% BEVs / 40% PHEV according to the report.

Deployment scenarios for the stock of electric cars to 2030 (source: IEA)