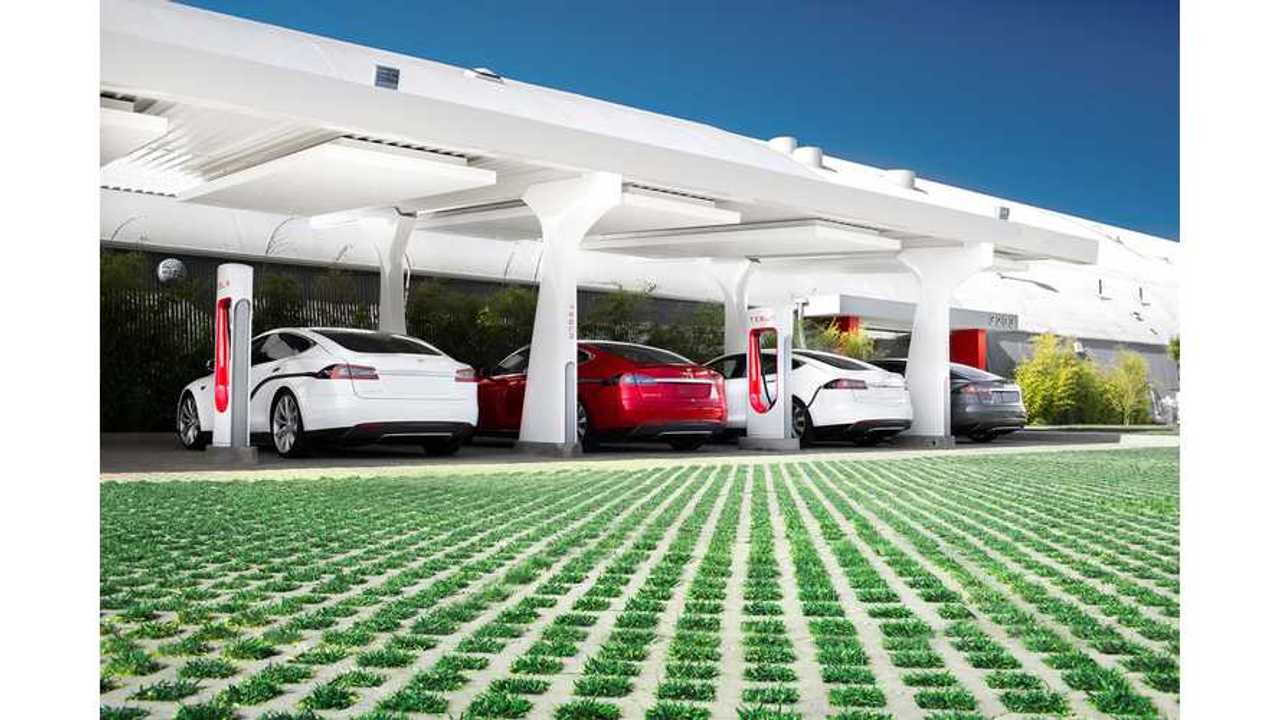 Tesla is expanding its Supercharger route in Southern Australia, which will allow drivers to check out the world's largest battery site.

As has been the plan all along, Tesla continues to indefinitely expand its global Supercharger network. This is due in part to Model 3 production -- meaning many more people will soon be driving a Tesla, so the need is growing -- but also just part of the Silicon Valley electric automaker's master plan to spawn widespread EV adoption and encourage other automakers to pick up the pace.

Currently, the Supercharger network in Australia travels from Brisbane to Melbourne, which is a whole province over for Jamestown where the new development is headed. When complete, there will be an entire network of Superchargers running along the coast, beginning in Brisbane (in the east) and heading to Jamestown (in the west). Jamestown will likely be used as a starting point to begin connecting Australia's western cities to the route.

Tesla has been active in Australia for some time, due to regular blackouts in the area, and recently won the contract for the massive energy storage project. CEO Elon Musk told local officials he'd solve the problem in 100 days or the company would fulfill the contract for free. His answer, a 100 megawatt, 129-megawatt-hour Powerpack system, which will work in cooperation with the Hornsdale Wind Farm. The press release said (via Teslarati):

“Tesla Powerpack will charge using renewable energy from the Hornsdale Wind Farm and then deliver electricity during peak hours to help maintain the reliable operation of South Australia’s electrical infrastructure.”

Tesla will get the system installed and working 100 days from contract signature or it is free. That serious enough for you?

Unfortunately, Australia's Premier, Jay Weatherhill, has voiced interest in a different deal, which involves diesel generators over the battery plan. Officials have learned the old technology may cost less. Musk is standing strong, however. He feels that South Australia is confident in Tesla's plans and implementation.