Boring Company Releases Map Of Its Tunnels Under LA 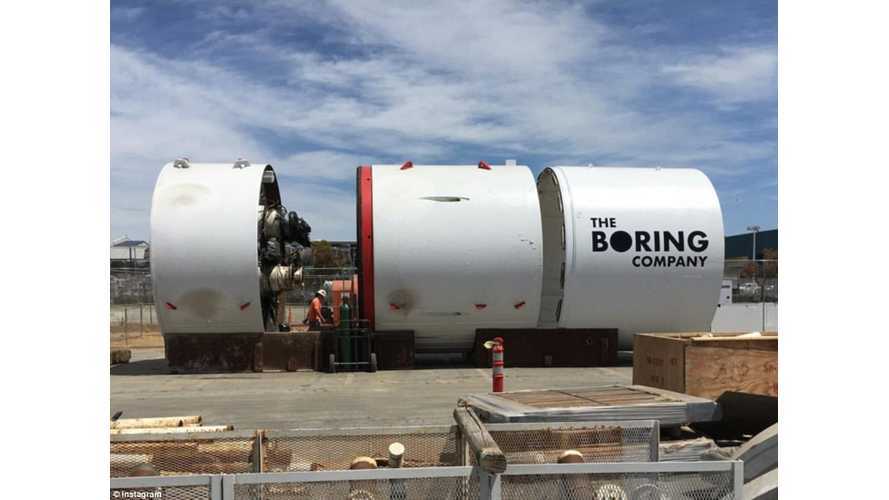 Now, we can see exactly where Tesla CEO Elon Musk plans to dig in Los Angeles with The Boring Company.

The Boring Company's website now includes a map of the greater Los Angeles area, complete with a proposed tunneling route. The route is broken into two separate legs, which are set to be a "Phase 1" and "Phase 2." The first phase is the one that's currently underway, beginning near SpaceX and progressing about 6.5 miles to Culver City. The second phase will branch out to other key areas throughout Los Angeles proper and beyond.

Photo of the initial tunnel under LA

The map shows the initial part of "Phase 1" indicated in RED. This is the portion that the company recently submitted permits for. Musk explained:

“First route will go roughly parallel to the 405 from LAX to 101, with on/offramps every mile or so. It will work like a fast freeway, where electric skates carrying vehicles and people on pods on the main artery travel at up to 150mph, and the skates switch to side tunnels to exit and enter.”

This tunnel is simply s proof-of-concept, and won't be used for public transportation, at least not at first. The tunnel will be built and then have to undergo a multitude of testing before being up for government approval. The Boring Company shares (via Teslarati):

"The Boring Company has filed an excavation permit application. Phase 1 would include the construction of a 6.5-mile proof-of-concept tunnel through Los Angeles and Culver City.

Phase 1 would not be utilized for public transportation until the proof-of-concept tunnel is deemed successful by County government, City government, and The Boring Company.”

The tunneling venture will be used as a pilot project so that The Boring Company can figure out details surrounding the construction process, and exactly how the eventual transportation system will operate. Not only will the company need to endure the lengthy process of actually boring the tunnel, reinforcing it, setting up tracks, lighting, etc., but also the car elevators, pods, and line switching apparatus, among other things, will all need to be constructed, installed, and tested.

We can only imagine that it will be years before anything can come to fruition, at least in terms of public use. However, the fact that the company is making regular progress, despite widespread doubt about Musk's lofty vision, is encouraging.