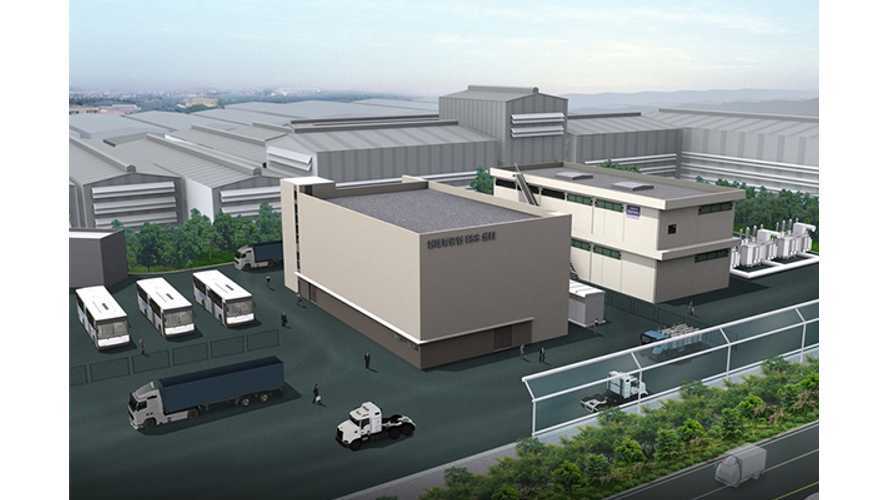 Move over Tesla. There will soon be an even bigger battery energy storage system in place.

The capacity wasn't disclosed, but the 150 MW deserves the title of the world's new biggest ESS - in terms of power level anyway, as the recently opened Tesla ESS in Australia was rated at 100 MW.

Cost of the project is estimated at 50 billion won ($45 million).

Some think that energy storage will become an even greater market for lithium-ion batteries than automotive industry, but as of today it's only a small fraction. The largest projects worldwide are smaller than the combined batteries for 1,000-2,000 cars with the biggest packs. Baby steps.