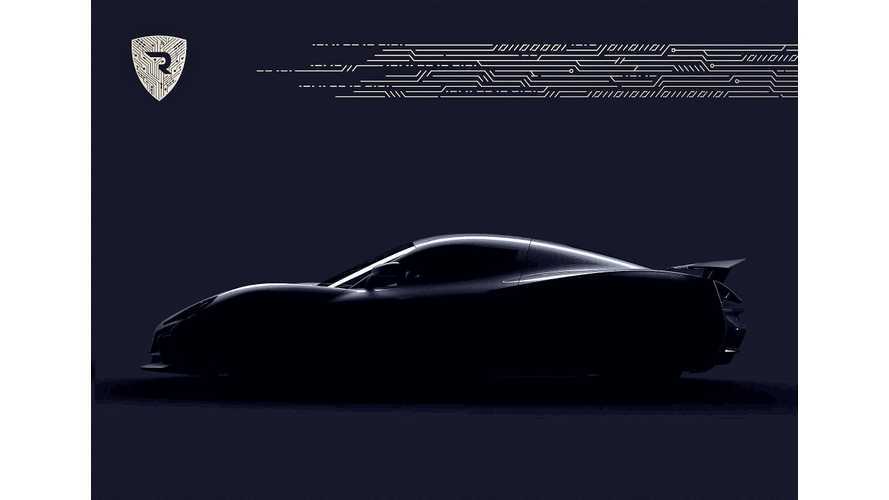 It will be a hypercar, but more of the grand-touring type.

The announcement of a new Rimac Automobili all-electric supercar debut at the Geneva Motor Show in March may seem like unfortunate timing to some, considering Tesla has just revealed its new astoundly-quick Roadster. But, billed as a game changer by the Croatian company, we are excited to learn what lies beneath the shadows of the official teaser image (above, slightly lightened), and expect this vehicle will stand quite strong on its own terms.

Since much about this new hypercar is a mystery, we got in touch with Mate Rimac, eponymous founder and CEO, to see if perhaps he would provide some clues. We began by telling him what we think we know about the car — we suspect it will be a grand tourer built on a carbon fiber monocoque chassis with better performance than the world's first electric supercar, the Rimac Concept_One, but less more expensive. We should have added that we expect it will make use of multi-speed gearboxes like its older sibling, since the company has recently been recruiting a gearbox engineer but, alas, we did not.

In his response, he confirmed that it will be a "hypercar positioned above the Concept_One," but clarified by saying that, unlike others, they weren't making "Formula 1 cars for the road." We take this to mean that it will not be a barely-legal race car, uncomfortable to drive anywhere but on a track, but, as we had suggested, a grand tourer with comfortable seats and a luxury interior.

He also reminded us that this is not a "fast and dirty" effort, but  rather, one that has been ongoing for some time, using "a very detailed, professional and thought-out development process with many great engineers and designers"  working towards a "clear vision." Touching on the exterior design, he tells us that he isn't a big fan of flamboyant styling for its own sake, saying  "it will again be elegant with every part having multiple important and optimised purposes."

Rimac depends upon its all-electric supercars for survival. Not because it sells many of them — only eight examples of its Concept_One will be made, for example — but because it is by building these beasts that it develops the technology for its business-to-business (B2B) customers. That's how it's come to be that some of the world's most desirable driving machines have Rimac inside. Cars like the Koenigsegg Regera, Aston Martin Valkyrie, and the Jaguar E-Type Zero have all benefitted from engineering and parts provided by this fast-growing firm.

This new car no doubt benefits from everything they've learned over the years. Though it's still unknown whether it will match or beat the raw Tesla Roadster numbers, there's little doubt it will be close enough to those metrics as not to much matter. At this level, cars are defined more by their design and driving experience as a whole than simple straight-line numbers, and Rimac has shown its infinitely configurable drivetrain and four-wheel torque vectoring abilities set it apart from others that sip the rarified air of the supercar world.