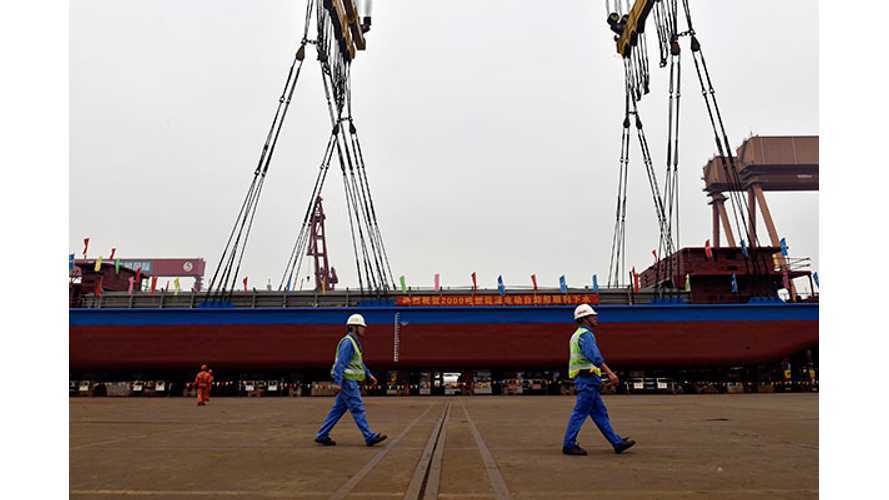 Hauling coal. That's the task for the world's first all-electric cargo ship. Such a shame.

This massive EV will be mainly used for carrying... coal. That dirty coal will be used mostly for the generation of electric power.

Charging of such big ship requires two hours, but loading the cargo probably will certainly take a lot longer than that, so charge time shouldn't be an issue.

It's expected that soon electric ships will become increasingly common in China.