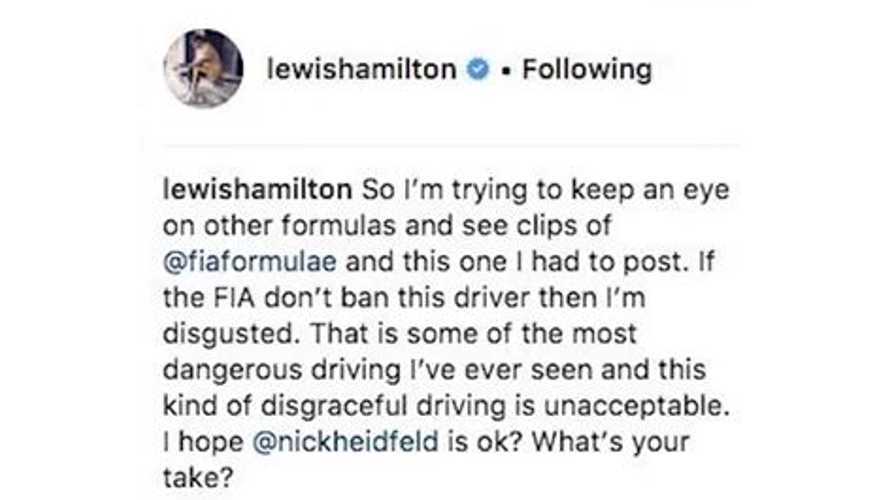 It seems Formula 1 star Lewis Hamilton is so out of touch with the happenings at Formula E that when he took to twitter to oust Formula E driver Nico Prost, he unknowingly made a comment on a race that's now nearly 4 years old.

Lewis Hamilton was a little late watching the crash with Nico Prost and Nick Heidfeld from our first ever race in 2014, so Nick let him know he's safe and sound!

Below you'll find video of the crash that Hamilton is referring to:

Hamilton deleted his embarrassing Tweet, but not before Heidfeld caught it and responded:

Thx.. + Sorry @LewisHamilton that I pick up on your deleted post but that open goal was just too good not to "score".. ? @FIAFormulaE @MahindraRacing pic.twitter.com/KgVEAboYLj