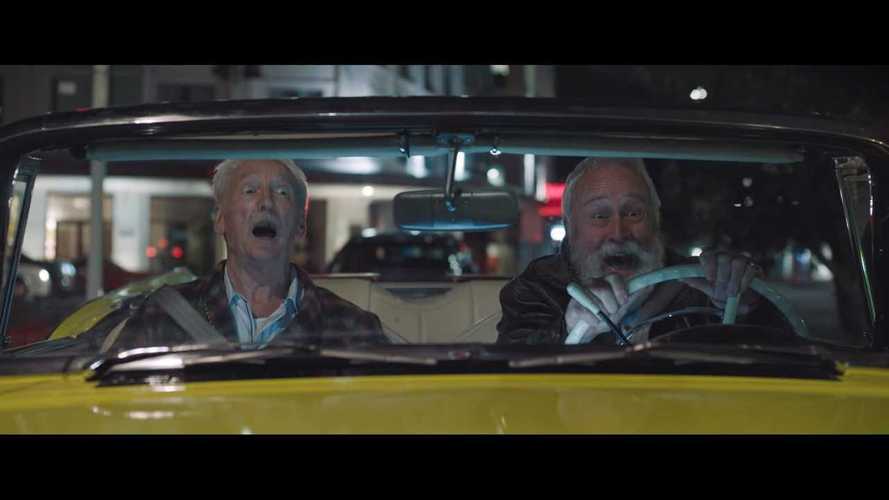 How to spark up your life with an electric conversion

Funny how a bit of high voltage can put spark back into both old men and old cars. Take the two codgers in the video above. Despite the best efforts of time to grind their existence into lifeless routine, a classic car — brought back to life with the help of large battery and an electric motor — allows them to sneak away from their managed community, and turn the old couple into a pair of thrill-seeking, young-on-the-inside guys.

Or at least, that's our take away from the spot produced by New Zealand power provider, Mercury, to covey the idea that being energy efficient doesn't have to be boring. We think it accomplishes that quite well. Evie (that's the nickname of the electrified 1957 Ford Fairlane) is about more than just this one video, though. It's the main attraction of an outreach campaign by Mercury, and as part of that effort, the car is currently on tour around Middle Earth.

The utility would also like you to know that electric vehicle owners are eligible for a 20 percent discount on power used between 7:00 PM and 9:00 AM, both at home and "bach" (that's Kiwi for cottage). The special rate, which is like our lower time-of-use rates in the U.S., is only for electric vehicle owners and is referred to as its EV Fuel Package.

As for the Fairlane itself, it was converted to a electric power by James Hardisty and Hagen Bruggemann of EVlution, part of Control Focus, with help from some others. It boasts a 50-kWh pack, supplying energy to a motor salvaged from a German bus, which puts out about 170 kW (228 horsepower) and 530 Nm (391 pound-feet) of torque. Apparently the revived vehicle is well capable of exceeding 100 kph (62) miles oan hour, though they haven't run it up to its limit.

The pack, which weighs in at 400 kg (882 lbs), can fast charge in an hour, or overnight, if plugged into a residential circuit. It is said to be good for 130 km on a charge, which we think is quite adequate for its purposes.

Check out the bonus video below to watch Evie go through her transformation process.