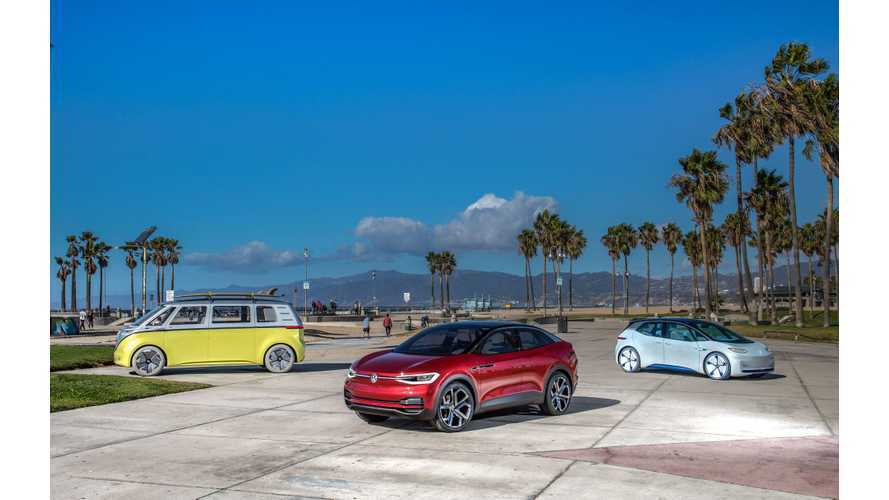 Though Volkswagen says it will be years before its dealerships feel the impact of electric vehicles, the automaker is already well underway with plans to revamp its dealer business model.

Sadly, Volkswagen of America CEO Hinrich Woebcken admitted that even by 2025, 85-90 percent of the automaker's sales will still be conventional vehicles. So, dealers don't have anything to worry about just yet. However, the automaker is well aware that with over-the-air updates and lower-maintenance EVs, dealerships will surely see change.

In order to assure that VW's dealers are still engaged, compelled to sell electric cars, and seeing notable profitability, the automaker is initiating talks to get the ball moving in a positive direction ahead of any issues.

For the most part, VW has been communicating potential adjustments to dealers in Europe, but now, discussions have begun on our shores. Starting in 2020, Volkswagen aims to begin releasing its new I.D. family of plug-ins in the U.S.

The first will be the I.D. Crozz (AWD crossover), followed by the I.D. Buzz (retro mini-bus) around 2022. The original I.D. hatch and at least one sedan are supposed to appear after the two initial offerings.

"The only way to offset the fewer parts, the fewer service per car in the time period is to extend the time period and keep cars and customers longer . The current operating model does not allow us to create this loyalty and this link in the future."

Interestingly, however, VW has a lower average dealer profitability margin in the U.S. than most competing automakers. According to the National Automobile Dealers Association, while most non-luxury OEMs are at 2.5 percent, Volkswagen sits between 1 and 2 percent. Stackmann continued:

"You have to touch every element of your business model, but you have to do it together to find a solution that allows dealers to have sustainable profitability, and our customers to have much better service than today going forward."

VW's plan of attack will be to decrease overhead costs at dealerships by allowing customers to follow a simple online ordering and purchasing process. The entire transaction will be completed in five steps or less. Then, the buyer simply makes a quick visit to the dealership to take delivery.

This should lessen the demand placed on dealership employees while creating a somewhat unique, seamless experience for EV buyers. Woebcken shared:

"If we reduce standards, if we reduce complexity, if we reduce overhead costs in the dealerships, and getting a higher throughput, there are already some major opportunities which will pay into a positive business case for the dealer in the future."

As dealer profits decline due to cars needing less maintenance, profitability will increase as part of this new process. There's obviously a whole lot more to iron out, and VW has years to do so. However, Michael DiFeo, chairman of the Volkswagen National Dealer Advisory Council and dealer principal of Linden Volkswagen in Roselle, N.J. gives Volkswagen much credit for being proactive. He said:

"They've explained that they want strong dealerships, and that's going to mean new revenue streams, perhaps from things like mobility and car sharing. Any successful relationship between a franchiser and a franchisee works best when their goals are aligned."