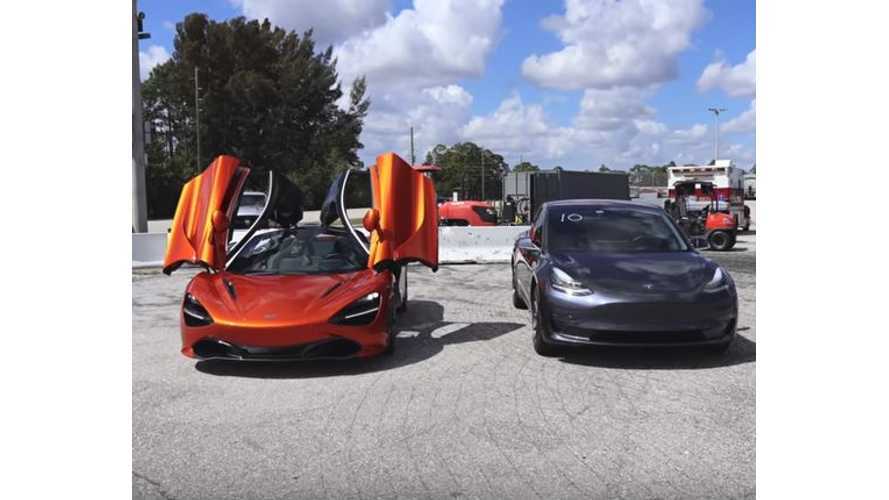 You didn't expect the Tesla Model 3 to win, did you?

It's not even in the same ballpark as the mighty Tesla Model S P100D.

But go ahead and watch as the Tesla Model 3 attempts to take down a McLaren 720s in a quarter-mile drag race.

"We know it's a ridiculous race, but we have the first official real world 1/4 mile results done at a drag strip for the all new Tesla Model 3 while running against the amazing and very fast McLaren 720S."