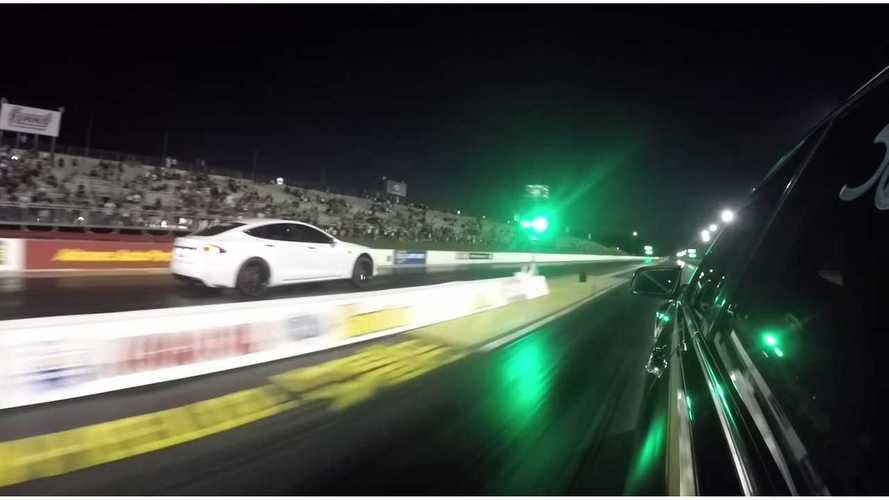 Tesla Racing Channel attached graphs from the Vbox, so we have full view of the acceleration process.

That's all you can get from the Tesla Model S, so Tesla Racing Channel now sits waiting for the new Roadster, which is promised to do 0-60 mph in 1.9 seconds.

"We've all seen how fast this Gutted Tesla P100D is at the track but never how fast it is 0 to 60 mph. Ever since the car was first taken apart we just haven't been able to hook up a vbox and test the car on the street...until now. Hooking up the vbox lets take a look at the 0-60, 0-100 and even the eighth mile times on the street using launch control comparing it to the future Tesla Roadster specs."