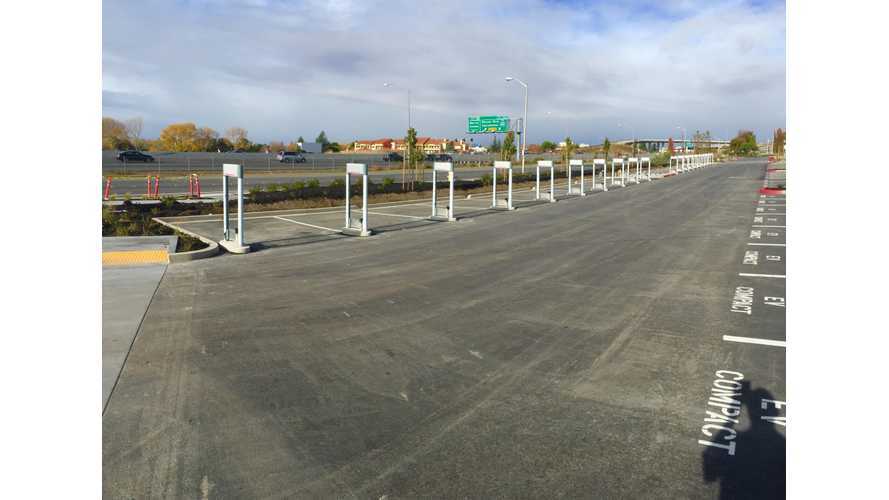 A recent building permit reveals a large expansion at Tesla's factory in Fremont, making for one of the largest Supercharger stations in the world.

Currently, the largest Tesla Supercharger stations are in China, and each contains 50 stalls. Recently, a few of the largest in the U.S. have been built in California, with a total of 40 stalls each. Now, an expansion at Tesla's Fremont factory moves to parallel or surpass even the largest stations in the world.

A building permit originally discovered by Electrek via emupilot reveals the automaker's plans for 40 additional Superchargers at the Fremont site. There has been much talk about employees struggling to find parking and a place to charge, not to mention the customer traffic at the plant's Tesla store and showroom.

The same area in Fremont is now home to a 12-stall station. As you can see from the information on the permit, the automaker is requesting anchorage for 40 more stations. This would put the grand total at a whopping 52 stalls, overtaking the largest stations in California, as well as China. It only makes sense that the company's most expansive station would be located at its primary manufacturing facility.

Let's hope that Tesla continues to expand the Supercharger network briskly in areas outside of California, where a growing number of new Model 3 owners will need a place to charge on the road.