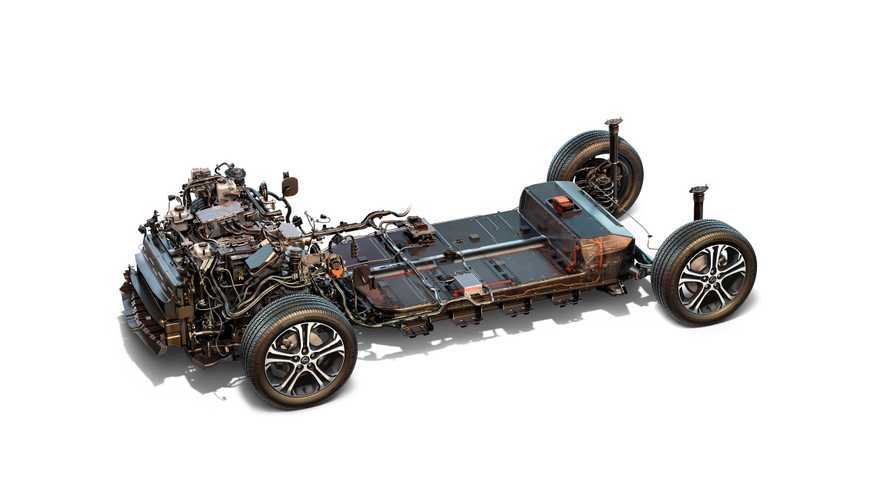 HOW SHOULD AUTOMAKERS DESIGN THEIR ELECTRIC VEHICLES? THERE’S NO CONSENSUS.

Most consumer products tend to become more uniform as their market matures. You’d be hard-pressed to find much practical difference among appliances, computers, or even smartphones, from different brands. That’s because, over the years, companies learn what features are important to consumers, and they figure out the cheapest and most efficient ways to build their products.

When it comes to cars, the surface differences can be striking - a Mustang looks very different from a Corvette - but under the hood, they all require the same components: engine, transmission, etc. Over the course of more than a century, automakers have gotten extremely good at building these things, and there really isn’t any secret sauce or better mousetrap. Many of them order from the same suppliers, so some components are not only similar across different brands, but identical. Of course, automakers are continually making improvements, but at this stage, the basic design of a gas-powered car isn’t likely to change much.

Enter electric vehicles. This is a new breed of automobile, and automakers are still experimenting with different motors, different battery chemistries, and even such basic concepts as where the battery should be located. The various EV-makers have vastly different ways of doing things.

To investigate the technical differences among different EVs, the management consulting firm McKinsey & Company had a team of engineers physically disassemble 10 electric models, including a Tesla Model S, a BMW i3, a VW e-Golf, a BYD e6, a Chevy Bolt and two model years of the Nissan LEAF (2011 and 2017). The results reveal huge differences in the powertrain components that make these cars go.

Of all the technologies that go into an EV, batteries are arguably the least mature, with the most room for improvement, so it’s not surprising that different automakers still have very different ideas about the best kind to use. McKinsey’s engineers found an array of battery cell designs with three different geometries (cylindrical, prismatic, and pouch), and multiple chemistries. Each design has its pros and cons, and McKinsey didn’t identify any clear winner when it comes to overall performance. It found that automakers have achieved similar energy density increases, regardless of what battery design they use - over 30 percent from 2011 to 2018.

Unsurprisingly, McKinsey’s teardown vindicates another of Tesla’s design innovations: native EVs (those designed as EVs, as opposed to those adapted from an existing gas-burning vehicle) have big advantages in both driving range and interior space. “Native EVs optimize battery packaging; non-native EVs force the battery into the awkward footprint of the ICE platform,” says McKinsey. A purpose-built EV’s battery pack can be designed as a simple rectangle, so the natives can offer up to twice the range without forcing up the price. The native EV’s pack can be placed at the bottom of the vehicle (a “skateboard” design, as Model S designer Franz von Holzhausen called it), giving it up to 10 percent more interior space, compared not only to non-native EVs but also to legacy ICE vehicles in the same segment.

These days, automakers devote much effort to reducing the weight of their vehicles (so much so that the industry has decided that “lightweight” is now a verb). Surprisingly, however, McKinsey finds that lightweighting is of secondary importance for EVs. Whereas some older EVs rely on aluminum (Model S) and carbon fiber (the BMW i3), for some of the newer mass-market EVs, aluminum amounts to only 5 to 10 percent of total vehicle weight - close to the 5 percent used in an average ICE vehicle.

Tesla made extensive use of aluminum in Model S, but for the lower-priced Model 3, it went back to using mostly steel. Another case in point: the Nissan LEAF uses a combination of steel and aluminum body panels, and the upcoming next-generation vehicle will use about the same proportion of the two metals.

Why the waning interest in aluminum? Because it turns out there are more cost-effective ways to improve range. According to McKinsey, “Generational leaps in powertrain technology yield significant weight reductions, which are then directly reinvested into lower-cost structural materials. At today’s manufacturing cost, batteries, not lightweight materials, are the key to longer ranges.” Aluminum body panels are also more expensive to repair - several Tesla owners have reported being presented with shockingly high repair bills after collisions.

McKinsey’s report found big differences not only in the kinds of components used but in the way those components are developed and manufactured. Using the supplier logos on the various components, combined with publicly available information, the engineers were able to piece together a picture of the different EV-makers’ powertrain supply chains. These range from almost total vertical integration to nearly full outsourcing. The most vertically integrated of the automakers studied is BYD, which makes all the major powertrain components for its e6 in-house. In second place is Tesla, which sources battery cells from Panasonic and transmission components from BorgWarner, but makes its own battery packs, motors and power electronics. At the other end of the spectrum is the Chevy Bolt - not only the powertrain but much of the user interface comes from Korean supplier LG.

It’s plain that automakers are still learning how best to design electric vehicles. There’s even more uncertainty concerning the question of how they will make money from them. “Automotive OEMs will have to reconceive their business model to create new income and profit streams for EVs,” the McKinsey report found. “Today, they rely heavily on customers upgrading the base vehicle with additional engine, transmission, comfort, and safety features, as well as on aftermarket parts and services to boost profitability.”

Even Tesla indulges in the practice of pushing high-margin options - it has announced that Model 3s ordered with options will be delivered first, while budget buyers who ordered strippies will go to the back of the queue. According to McKinsey however, there are two reasons why this may not be a viable strategy for EVs.

First, there is little room to differentiate model variants by performance. Current EVs already offer plenty of acceleration for most drivers, and the new generation (Model 3 and the Bolt) offers adequate range. McKinsey notes that the EVs it surveyed offer no more than four combinations of engine and transmission types, compared with the 10 to 20 possibilities available for a typical ICE model.

Second, base EV configurations already contain many features previously thought of as options. All electric vehicles have a high base price, thanks to the cost of the batteries, so OEMs have felt compelled to entice buyers by offering more features in the base configuration of an EV than in a comparable legacy vehicle, thus sacrificing what was once a high-margin income stream.