Tesla Leads EV Market, With The Model 3 Yet To Be Counted 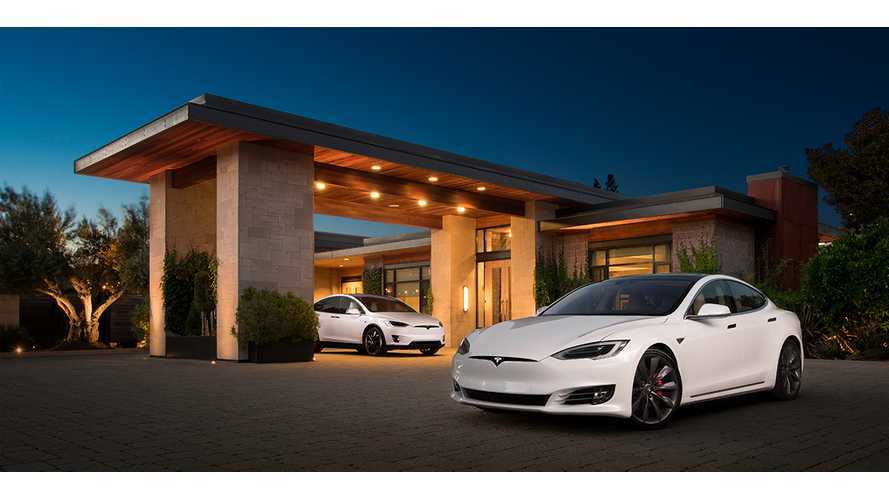 Tesla Model X and Model S side by side

Wall Street research firms have uncovered more proof of the continuing dominance of Tesla in the fast-growing electric vehicle sector.

Statista reports, "Even though Tesla has a policy of not breaking its sales down by market, Moody's data published by CNBC shows that there is strong demand for its cars in the United States. In fact, it dominates its home market with both the Model S and X accounting for 45 percent of U.S. EV sales in the first six months of the year."

It's remarkable that the Silicon Valley automaker's lead does not include any (forthcoming) Model 3 sales.

Keep in mind that, "next year, Tesla wants to build 500,000 Model 3s and sell them in a market where a total of 85,000 electric cars were sold in 2016. Moody's has predicted sales will hit 300,000 and said that such an outcome 'would be an indication of both the market's acceptance of the Model 3 and Tesla's ability to produce it efficiently.' 2018 will be a big year for Tesla and the American EV market in general."

And, Tesla's EV leadership position isn't relegated to the U.S. market only. In July, the company was the best-selling EV manufacturer worldwide (see below).

Once again, keep in mind — the automaker is outselling all other electric vehicle automobile manufacturers without the Model 3. With their lower-priced EV hitting the market soon in much greater numbers, it's likely that Tesla's lead dramatically widen.

That said, is there another country, outside of the US, that might help predict what's ahead in the EV landscape?

Statista reports, "Driving through Norway is always an impressive experience. The scenery is spectacular, with deep blue fjords surrounded by snow-capped mountains that are home to countless cascading waterfalls. Something else that will probably take your breath away is the sheer number of Teslas and other electric vehicles on the country's roads."

It turns out, "Over a third of new cars sold in Norway are fully electric or plug-in hybrid, more than 10 times the proportion of the United States. The shift away from petrol and diesel vehicles in Norway is happening at lightning speed... that has all bode well for Tesla who sold 4,000 cars in Norway in 2015. That made it the company's second biggest market after the USA." And, one of the reasons the Palo Alto-based automaker is so dominant in the electric vehicle space is its vast Supercharger network — Norway is no exception.

However, with Tesla's massive supercharger growth planned for the U.S. market, that could change quickly in the coming year.