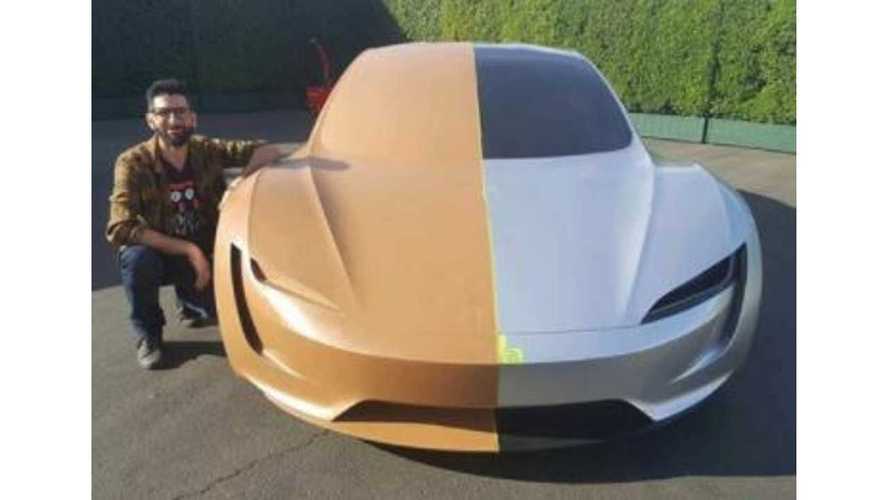 It's our first-ever look at the "drawing board" of images and clays that later became the new Tesla Roadster.

Via Imgur, we present a set of images that takes us from initial sketch, to clay model, to early prototype to finished concept of the new Tesla Roadster.

In the final image of the set we can see Tesla chief designer Franz von Holzhausen, which we think confirms that these are official images. And you can even make out Franz' signature on the sketch of the red Tesla.

These images apparently were posted by a Tesla employee.

The new Tesla Roadster stole the show when it was revealed following the Semi.

Some additional Roadster specs and info: