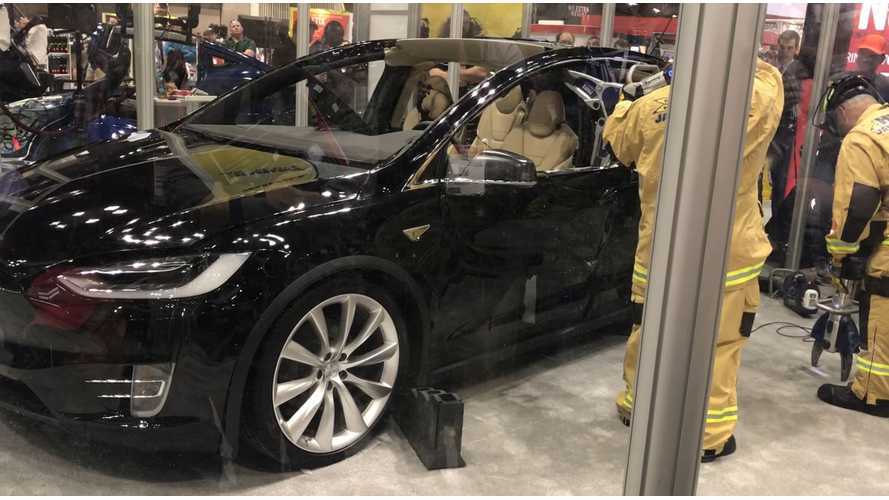 Rent a couple's personal Tesla Model X, beat the snot out of it, return it and you're good to go. Apparently, this is how Daimler is going about the benchmarking process.

As Mercedes moves forward in its pursuit of releasing an all-electric SUV in the near future, Daimler is willing to do whatever it takes to get a closer look at the competition.

German publication, Der Spiegel, claims that Daimler rented a Tesla Model X for comparison tests. The automaker proceeded to rack up miles on endurance tests and racing, completely dismantled the vehicle, then put it back together and returned it in less-than-desirable condition. Damages were to the tune of some $10,000-$20,000, which some sources claim Daimler gladly paid, while others say the rental company has covered the costs.

Either the German automaker couldn't get ahold of a Model X for testing, or someone at Daimler did some math and figured that paying for the rental and damages would still save a ton of money. Plus, they wouldn't have to fork over any dough to a competitor.

The car rental came from a company called Sixt, however, reports seem to indicate that the rental actually happened through another third-party company. The car was owned by a couple who put it up for rent through the company while they were away on vacation. Daimler had the car for an entire week, during which it was completely dismantled and then put back together, used on a test track, underwent heat and vibration testing, and was driven all the way to a racetrack in Barcelona.

It's not uncommon for automakers to test and benchmark competing vehicles. Usually, however, the company purchases the car. It's not as if Daimler doesn't have the cash to do so, and to think that it's okay to destroy an individual's ~$100,000 car is absurd. The fact that the rental was through an agency that rents people's personal vehicles makes it even more bothersome. Had Daimler rented from a traditional car rental outfit that owns the cars and rents them, it may have been a little less disheartening, although still not the right thing to do.

Sixt shared that its policy doesn't allow for this sort of behavior, however, the agency didn't officially name Daimler in the incident. Though, it appears that all Daimler had to do was pay for the repairs and walk away without any sort of lawsuit or additional fines. We will continue to follow the development of this story and share updates if any further actions ensue.