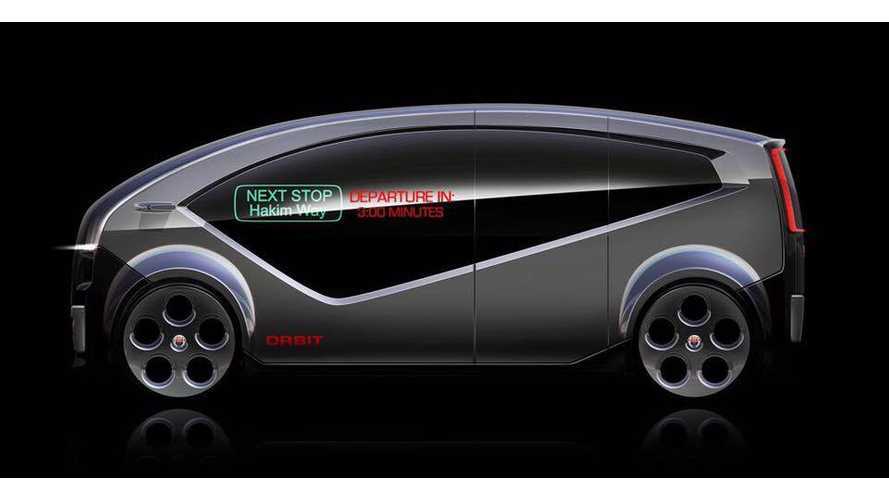 With backing from China's Hakim Group, the new Orbit could be on the street soon.

Former Aston Martin designer and new Chairman and CEO of Fisker Inc., Henrik Fisker, has released a full image for upcoming his new Orbit autonomous mobility machine. This is the second proposed vehicle in the Fisker lineup, following the EMotion sports car before it, and will be an SUV "you actually want to ride in."

The image comes just a few days after the Orbit was teased on Twitter. Fisker suggested previously that "the future of mobility will change forever," with the introduction of the new SUV. Currently it’s just a rendering, but the company promises that deliveries will begin in October 2018.

"Electric, connected, autonomous shuttle for smart cities," the company said on its Facebook page. The image shows the egg-shaped SUV to have features like projected text on the window, showing things like pickup points, and departure times. Like the EMotion sports car before it, the Orbit will be fully electric, and give riders the ability to either sit or stand alongside a futuristic design that draws inspiration from modern hotel lobbies.

The new Orbit will be built together with Wang Qicheng (Jack Wong) Hakim Unique Group of China, according to Boss Magazine. Fisker and Hakim group hope to "set a foundation" for autonomous vehicle transportation in major cities in the U.S. The Hakim group may not be well known in the states, but the Chinese firm is comprised of more than 160 subsidiaries worldwide and valued at $32 billion.

"Hakim Group is a very large group out of China that is already working on smart cities and many other things as well," Henrik Fisker said in an interview with Boss Magazine. "They also own some areas of hospitals in L.A., coincidentally. I got to meet one of the group’s directors in L.A., and we got talking about the future of mobility."

The new Orbit, Fisker hopes, will be on the streets sometime in 2018 with delivers beginning later that year.