Original Tesla Roadster Is Going To Be Out Of This World ... Literally! 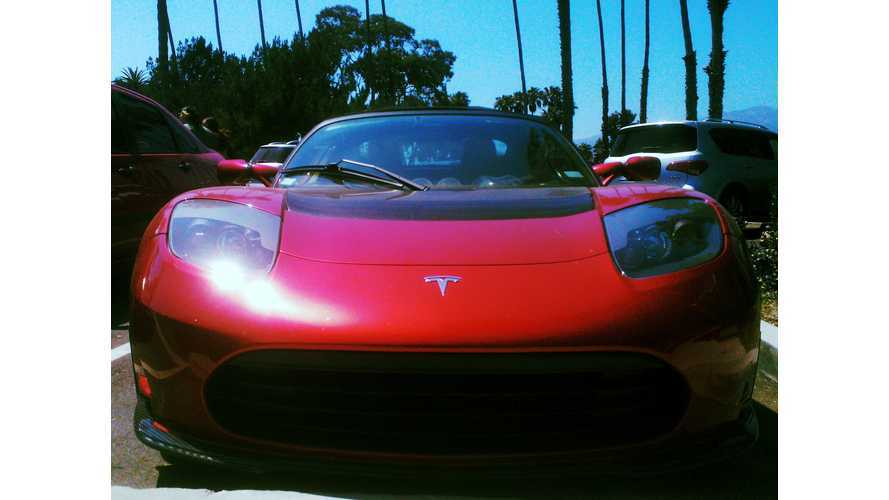 Payload will be my midnight cherry Tesla Roadster playing Space Oddity. Destination is Mars orbit. Will be in deep space for a billion years or so if it doesn’t blow up on ascent.

"Ground Control to Major Tom ... Check ignition and may God's love be with you (two, one, liftoff)"

Hmm ... the "silliest thing we can imagine."

This time it's not a mammoth cheese wheel (for those unfamiliar, Musk launched cheese into space aboard SpaceX' 2010 demo of the Dragon spacecraft, because he is a Monty Python fan and enjoys The Cheese Shop Sketch).

Elon Musk doesn't have much time to drive his old Tesla Roadster, anyhow.

Nope, this time it will be a "red car for the red planet," according to the showman CEO. Apparently, Musk really wants this to be a Space Oddity. We can definitely say, without pause, that it's never been done before. This is truly crazy! Would David Bowie be proud?

We'll admit that when we first saw the post, we assumed Musk was overtired, or perhaps had been working out the old elbow. However, ArsTechnica, along with several other sources, have confirmed that the Tesla and SpaceX CEO is truly planning to send his own Tesla Roadster to Mars as payload on the Falcon Heavy rocket. Musk himself verified via Twitter that the Tweet was true. He also added:

The launch will happen in January at the Kennedy Space Center in Cape Canaveral, Florida. Falcon Heavy will be launched from the Apollo 11 pad. Musk said it:

"Will have double thrust of next largest rocket. Guaranteed to be exciting, one way or another."

An assistant dean at the University of Colorado and a former SpaceX official, Phil Larsen, told ArsTechnica:

"The launch of the biggest rocket since the US Moon booster is a game changer for our country's space exploration future and for national security. The fact that development of such a capability is coming from US industry is a very positive sign for our economic competitiveness."