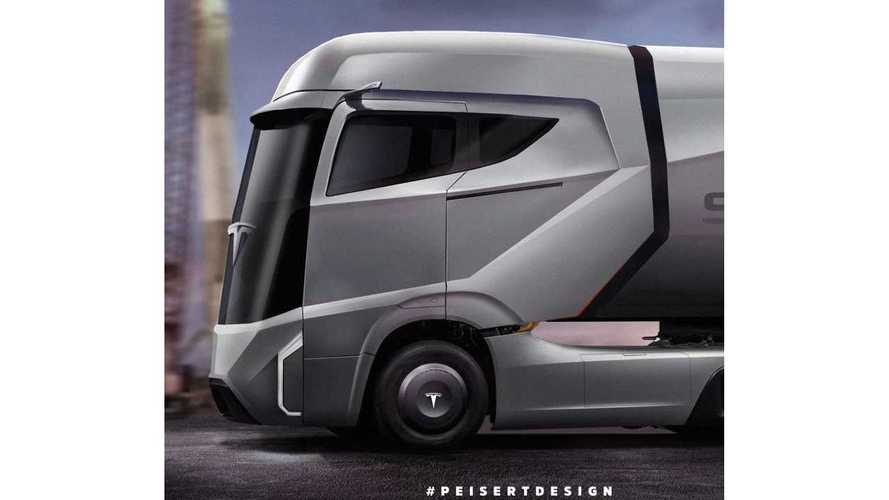 Not long ago most would have chuckled about the Tesla Semi (not unlike Musk's initial Boring Company plans), but as time progresses, the viability of such ventures becomes much more clear.

Yeah, yeah, some see Elon Musk as a bit crazy (and that come as no surprise since artists, entrepreneurs, and visionaries must always face adversity). An electric Semi? C'mon ... Semis need to go cross-country! An underground tunnel system with elevators for electric cars and no place to park and ridiculous permitting obstacles? How about that crazy Model 3 that would never come on time and couldn't possibly offer range, tech, and performance at a reasonable price? Not to mention rockets that land themselves, and, oh yeah ... the Hyperloop (which seems like it will now actually happen and under Musk's watch).

We are here to say that we have been just as reserved and skeptical about Musk's concepts as most. And, in fact, we still are. But, his crazy ideas spawn other not-so-crazy ideas and as we are all well aware, one thing leads to another and then ... BAM, POP, WOW ... we have something that is a reality. It seems that now, the next thing on Musk's crazy list is that of the Tesaa Semi.

The even crazier part is that Morgan Stanley believes in it. Yes, Adam Jonas is now bullish regarding the Tesla Semi, as well as the Tesla pickup truck. He told shareholders and clients in a recent note:

“We believe TSLA’s reveal of its autonomous, electric Class 8 semi-truck this month (update: now on October 26th) could be the biggest catalyst in Trucking in decades and potentially set off separation between the technology leaders and the laggards among carriers, shippers, truck OEMs and suppliers.”

According to Electrek, Jonas went on to pose some necessary questions, because it's assumed that people will remain skeptical. Jonas shared:

How much will it cost? (we think $100k if separately leasing batteries) What can it do? (we think it could be an all-purpose Class 8 semi-truck rather than a limited application vehicle)

How cost effective will it be? (we estimate an autonomous-electric truck can be up to 70% cheaper to operate than a regular truck).

Jonas also said that he expects the Tesla Semi to achieve 200-300 miles of range on a single charge. This would suffice for local and even regional trucking routes. He even went so far as to say that he believes Tesla has already secured deals with trucking companies that may be eager to take advantage of all-electric transport possibilities.

The Tesla Semi unveiling is set to take place in late September and according to Musk, there's more than meets the eye. Perhaps he's going to speak to the Model Y, or the Tesla electric pickup truck, or an improved Supercharging speed, or battery swapping for the Semis. Who knows Musk intentions, but he's made it clear that he has other plans. Musk said:

“I really recommend showing up for the semi truck unveiling – maybe there’s a little more than what we are saying here.”