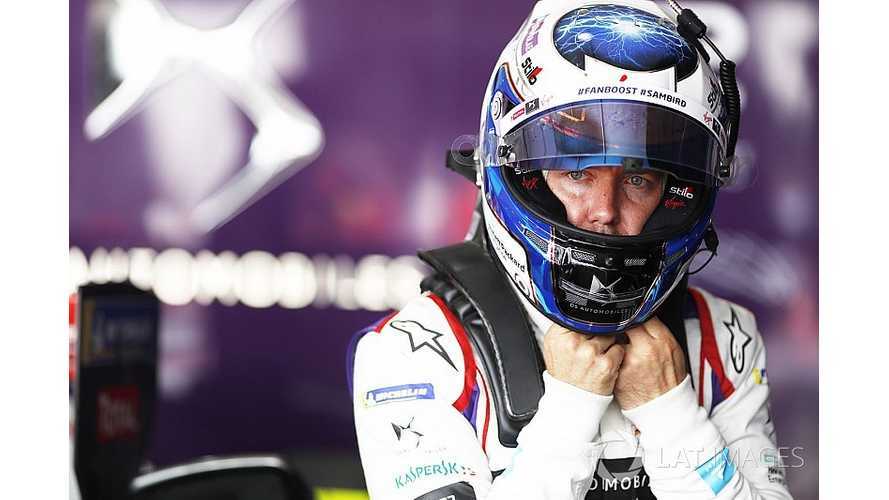 The DS Virgin Racing driver took victory in the first race of the 2017/18 season despite picking up a drive-through penalty for an incident in the mid-race car swap.

Bird overshot his mark in the pitlane and almost slid into a group of bystanders as he nerfed into the side of the DS Virgin Racing garage.

He abandoned the DSV-03 and ran to the second car, which incurred a penalty because his swap started outside the garage.

However, Bird has now been hit with an additional sanction for “dangerous driving in the pitlane”.

He keeps his race win, and therefore the championship lead, but goes into Sunday’s race with a 10-place grid drop.

DS Virgin had not been expected to have the outright pace of Audi Sport Abt or Renault e.dams ahead of the season opener, but with Bird it executed a strong race as its rivals faltered.

“The car felt great but sometimes Formula E is hard to understand,” Bird told Motorsport.com. “Today we were just really quick. The guys gave me a great car and we maximised it today.”

Bird’s path to victory began with a strong move on Jean-Eric Vergne after selling the Techeetah driver a dummy heading into the Turn 6 hairpin.

“I knew that was the area that I could exploit and I just needed to get another half a metre closer than I had been the whole stint,” said Bird. “I got the half metre and I took a chance.”

In addition to Bird’s penalty, the stewards have also demoted Felix Rosenqvist and disqualified Andre Lotterer.

Rosenqvist loses his seventh place finish after picking up a 22 second time penalty, in lieu of a drivethrough, for exceeding the maximum race power output of 180kW.

The stewards disqualified Lotterer for leaving his car in an unsafe mode in parc ferme, capping an abysmal debut for the former Porsche LMP1 driver.

Lotterer sparked the red flag on the opening lap, then picked up a five-second time penalty when his Techeetah team failed to remove a cooling device in time before the restart.

He then earned a drive-through penalty for using the escape road at the Turn 3/4 chicane without coming to a complete stop before rejoining the circuit.

After serving this, Lotterer had 22 seconds added to his race time in lieu of a drive-through penalty for the same offence, then received the exclusion post-race.