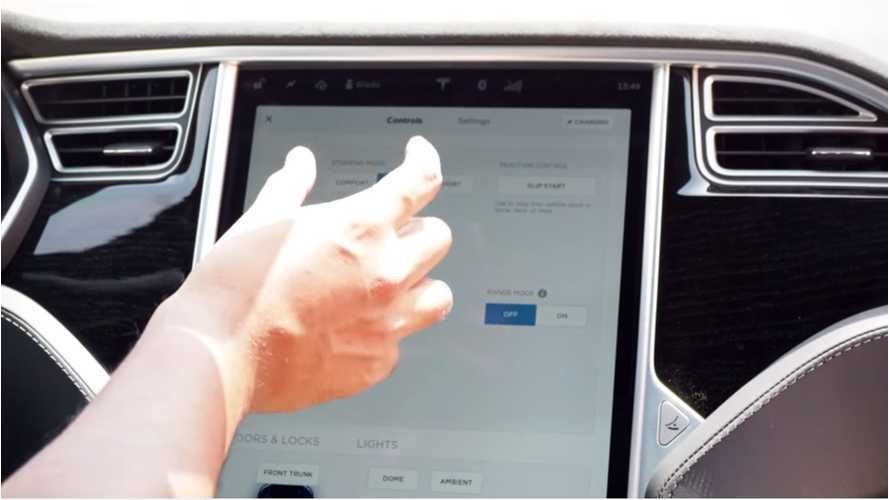 It turns out the Tesla touch-screen infotainment system is likely a major selling point for the Silicon Valley automaker.

Though we have heard negative reports about the usability of Tesla's in-car web browser, the touch-screen infotainment system as a whole is rather appealing. It's actually one of the first things that people notice when they see a Tesla for the first time. This is likely because it takes up a prime amount of real estate in the vehicles' cabins.

There are some -- hopefully, many -- people that purchase a Tesla vehicle because they consider themselves "green-friendly", and they want to help the environment, and they want to save money on gas and maintenance. But let's face it, many people are enamored by the cars because they look incredible, offer the latest and greatest technology, and have the largest touch screens (17 inches) in the industry. Technology, screen time, streaming, apps ... it's what many people's lives revolve around nowadays. Director of auto testing at Consumer Reports, Jake Fisher, said (via Teslarati):

“Consumers want cars that bring the communication and entertainment capabilities of their phones into their cars. And automakers are responding.”

According to Consumer Reports, 83 percent of Tesla owners are "very satisfied" with the touch-screen infotainment system. The review publication performed a recent survey including 82,000 vehicles between the years of 2013 to 2016. Of these vehicles, only 44 percent of the infotainment systems received satisfactory ratings. Survey respondents rated voice command features, streaming audio, Bluetooth calling, and in-dash navigation.

Tesla took the top rating in three out of four categories. The automaker was only narrowly topped by Ford's SYNC 3 for voice commands. However, CR says that Tesla owners were the happiest with their infotainment systems over all other brands. The publication says that people love big touch screens. CR shared one 2014 Model S owner's comment:

“The onscreen controls are intuitive, easy-to-use ... all cars’ entertainment systems should work this way!”