US Plug-In Sales Charted: Market Share Stable At 1.1% In August 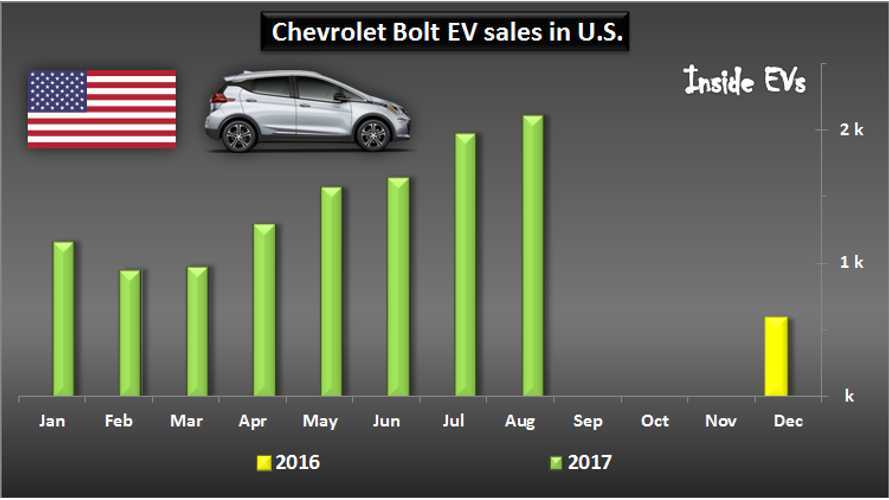 August was another positive sales month for plug-ins in the U.S. (see full report here), showing moderate growth of 14% year-over-year and a market share of 1.1% - in line with the average for the past four months.

The share advantage of BEVs could increase in the near term thanks to three heavy weight contenders, Tesla Model 3, Chevrolet Bolt EV and the all-new Nissan LEAF (full details here) - of which, Nissan promises to sell in all 50 states by January.

Now we are anxiously awaiting September results, which we fully expect to  be the highest so far this year. And because overall new light vehicle sales are decreasing, there is also chance for an all-time record for plug-in market share.

Editor's note:  all the individual sales for every plug-in model sold in August (and all-time) can be found on our Monthly Plug-In Sales Scorecard.