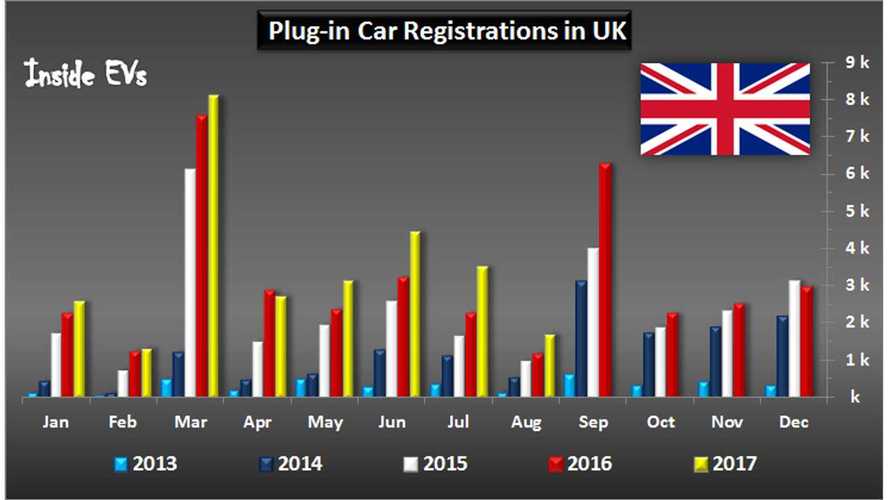 August is traditionally a weak auto sales month in the UK, but nevertheless plug-ins keep moving up - both in terms of net sales, and market share.

Breaking down the 1,691 registrations we find:

As you can see on the graphs, September is one of the two "peak months" for new registrations - could we be seeing a new all-time high next month?  It seems probable.