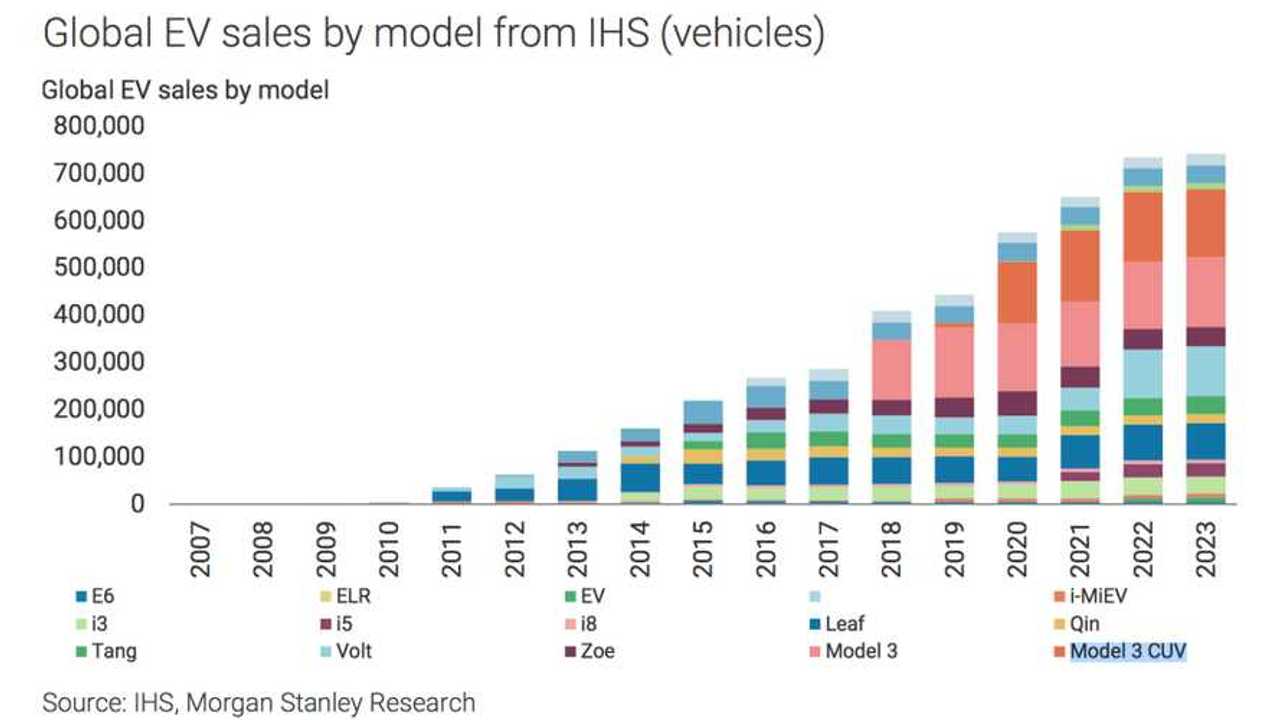 Tesla hopes for 500,000 sales annually and even more when adding in the upcoming Model Y. However in this case, the IHS report is more conservative, but even at lower results Tesla is expected to take half of global electric car sales by 2020.

Well, Tesla does have the Model 3 today, and the battery Gigafactory, but the Model Y still hasn't presented itself and there will be probably need for a new assembly plant, as Fremont will not handle well over million car production (S + X + 3 + Y).  Can Tesla hit such a volume to take 50% by 2020?  Is it possible.

Another question is whether the other manufacturers combined really will be muted, or will they also try for volume sales?  Quite honestly, we think the report is a bit out to lunch, as basic CARB, EU, and Chinese mandates will push sales much higher.  The Chinese targets alone are staggering.

Even the recently debuted 2018 Nissan LEAF (details), has that Japanese company looking for a doubling (if not tripling) of sales just next year alone (sales of the LEAF should end 2017 with around ~50,000 units sold).  Whatever the results end up being, the numbers just keep going up!