There May Be More Critical Tesla Model 3 Details To Come 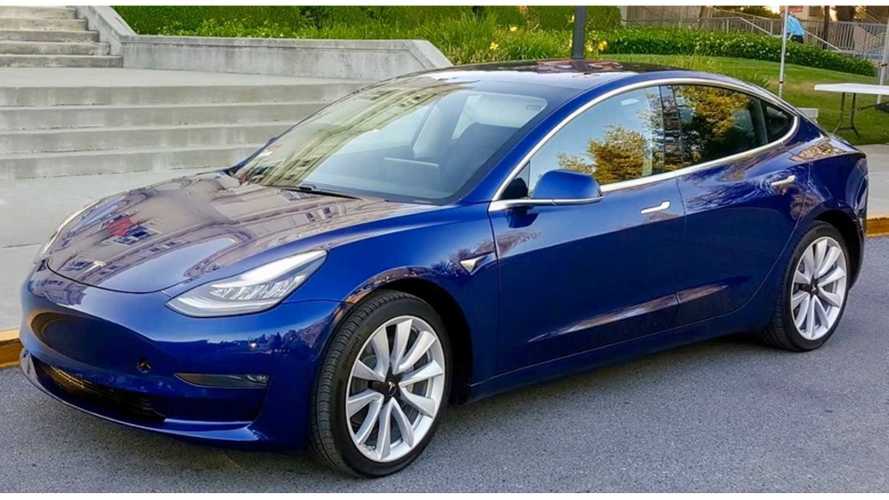 IS THERE MORE TO TESLA’S MODEL 3 THAN MEETS THE EYE?

We know that Tesla designed Model 3 to be capable of full Level 5 autonomy (self-driving), and we know that the company envisions a future autonomous ride-sharing system called the Tesla Network, which will allow owners to rent out their cars when they aren’t using them. And that’s about all we know - Tesla has not revealed any specifics about how the Tesla Network will work, nor any technical details of how Model 3 is designed to be used in a ride-sharing scenario.

A Tesla Motors Club member called Alketi believes that he has pieced together some of these missing puzzle pieces, and in a recent blog post, he presents an interesting picture of the “robo-taxi” of the future - one that Tesla itself isn’t ready to talk about.

Alketi concedes that what he has to say is pretty much speculation, but he backs it up with a bit of physical evidence, as well as a few reasonable assumptions about what will be required to equip a vehicle for use in an autonomous ride-sharing service.

Alketi writes in a sensational tone, savoring the excitement of revealing secrets that Tesla doesn’t want us to know about. What fun! However, if what he surmises is true, it isn’t at all surprising that Musk and company don’t want to talk about it. Why should they? Even in the best-case scenario, it will be a year or more before Tesla whittles down the Model 3 waiting list to a reasonable length, and the autonomy and ride-sharing features in question won’t be available for at least that long. Why get people excited about new features that won’t be delivered for months or years?

Tesla has said that all vehicles built since October 2016 have the hardware necessary for full self-driving capability. However, Alketi points out that full self-driving does not necessarily equate to ride-sharing. He believes that only Model 3 is destined to be part of the Tesla Network, because it has certain ride-sharing-friendly features that the other models lack (also, it arguably makes little sense to use an S or an X as a robo-taxi when the cheaper 3 could do the job just as well).

If you think about it, you’re bound to conclude that a vehicle that can drive off on its own to pick up strangers and take them to their destinations will require certain special hardware features. And after a close (virtual) examination of Model 3, Alketi is convinced that it has these features.

First, consider Model 3’s minimalist interior. The absence of physical controls means that everything in the vehicle is controlled by software. Everything can presumably be configured for the preferences of any individual person, and access to any feature can be granted or prevented remotely.

A look inside the sparse, ultra-modern Model 3 interior

A ride-share customer could theoretically step into any Model 3, anywhere in the world, and it would remember all of his or her preferences - seat height, language, favorite radio stations, etc. And a vehicle owner could restrict access to any vehicle features for security reasons.

Alketi asks: “What are the first two concerns people mention when asked if they’d hypothetically share their car with others in a ride-sharing network?” The two top worries: “What if I leave something valuable in the car?” and “What if someone pukes/destroys my interior?”

Thanks to Model 3’s software controls, access to the glove box, trunk and frunk can be restricted only to the owner, so all three can be used as safes - you don’t even need to remember to lock them. Model 3 also features a camera that monitors the interior cabin. This would seem to be an essential feature for a robo-taxi, to discourage riders from damaging the interior.

Another look inside the Tesla Model 3 - Interior Phone Dock

One more feature is needed to make a robo-taxi practical: a secure way to enter and start the vehicle without a physical key. You guessed it: using the Tesla app, you can lock or unlock Model 3’s doors from anywhere in the world (Models S and X also have this feature).

When reviewers discovered that Tesla has replaced the key fob with an NFC key card, some were disappointed - swiping the key card against the B-pillar seems less convenient than simply having the fob in your pocket. Is this a step backward? Nope - according to the sage Alketi, it’s “a red herring.” The key card is only an alternative form of entry - the usual way to enter Model 3 will be by using a smart phone. Tesla’s mobile app now runs a background service that uses Bluetooth LE to directly connect to the vehicle. With your phone in your pocket, the car will unlock itself, recognize you and configure itself with your preferences, privileges, and restrictions.

So, if all this turns out to be correct, Model 3 is an even more amazing vehicle than anyone has yet realized. It will eventually be self-driving, optimized for ride-sharing, and fully customizable, not only for its owner but for any driver/rider. That leaves only one question: When can we get one? Hurry up, Tesla, hurry up!