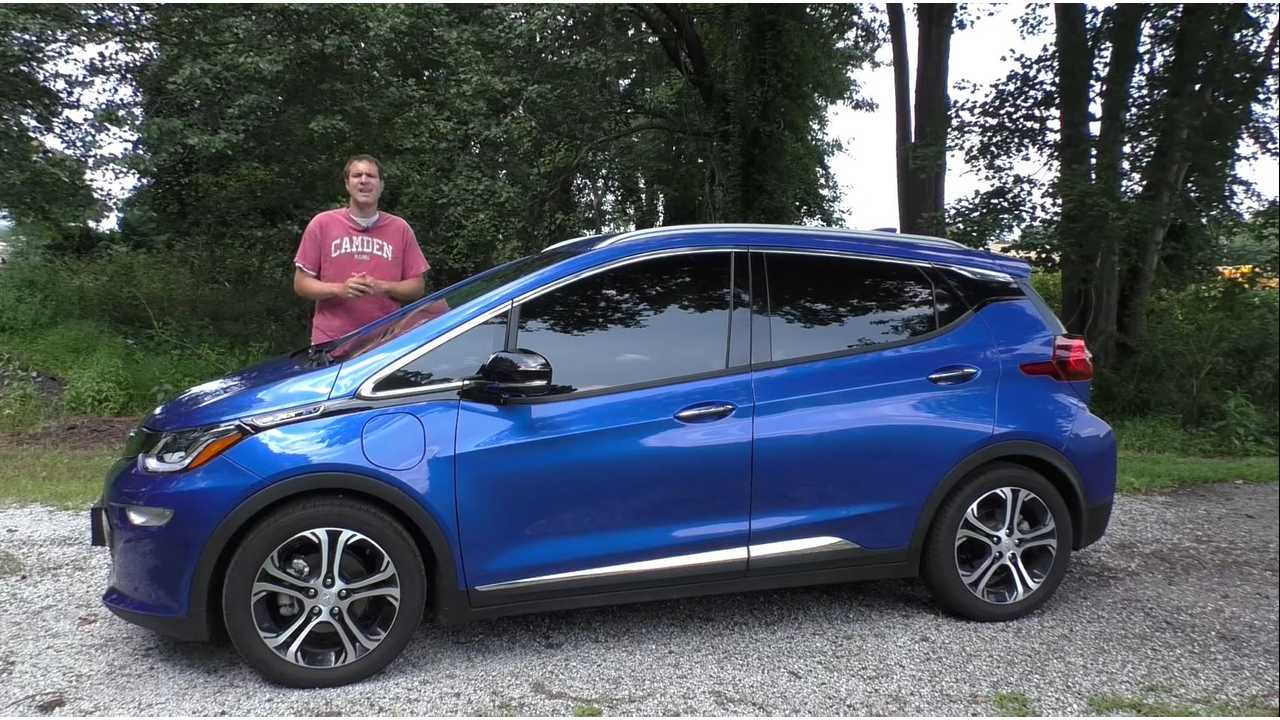 The Chevrolet Bolt is really an excellent car on paper, but many people still don't know it exists, and some that do don't think it's very cool.

Doug DeMuro likes to offer a comedic twist with his car reviews and titles. He doesn't think the Chevrolet Bolt is "uncool" at all actually ... as a whole. Honestly, after spending a day with the Bolt, Doug was truly impressed. He didn't really believe the Tesla Model X was an awful car either (video below). He shared:

"The base-level Model 3 costs $35,000 and can go 220 miles between charges. Well, guess what? The Bolt costs $37,500 and goes 238 miles between charges. It's on the level of the Tesla!! And yet, if you were to drive around in a Model 3 in the Bay Area right now, you'd cause a 19-car pile-up from all the cell phone camera people, whereas if you drove around in a Bolt, people would be wondering why someone in California bought a Chevy."

Inside the Chevrolet Bolt with Doug DeMuro.

Doug reminds us that while the Bolt costs more, it's MSRP. The price is "suggested". This is very unlike Tesla. The current production Model 3 costs $44,000, and Tesla's pricing doesn't fluctuate. Added to this, the Model 3 will really cost many people around $60,000 once they get the options they desire. However, there are many people out there securing fabulous deals on the Bolt, and it will likely only get better as time goes on. Even a Bolt Premier is only $40,905, and it's well-equipped ... mostly.

He also points out that the Bolt is quite the performer. It will go from zero to 60 mph in 6.5 seconds. Yes, the Model 3 does it nearly a second quicker (5.6), but 6.5 is still impressive for a versatile compact car. The acceleration was one of the features that impressed him the most. He also praised the Bolt's infotainment system, cutting-edge gauge cluster, and safety tech.

Conversely, Doug wasn't happy that the Bolt has manual seats. For $40,000+, this is unacceptable. He was also critical of the car's handling. Most importantly, Doug does note the "uncool" factor. The Bolt's styling is just not where it needs to be to attract buyers. He says it looks much like a normal hatchback and not like a future vehicle. This will not appeal to those enamored with the Tesla Model 3.

You can get a Bolt today though, and it may be years before you can get a Model 3. Doug concludes:

"If you went to a Tesla dealer right now and plunked down your $1,000 deposit, you might see your Model 3 in two years. Meanwhile, you can buy a Chevy Bolt -- with a longer range, strong acceleration, and good technology -- literally right now, today, for probably less money. I haven't driven the Model 3, so I have no idea if the Bolt is better -- but I will say this: The Bolt is here, right now, and it's pretty darn good."